Eventually this spring we became bored with being bored and decided to flatten our own curve and slipped into the May Turkey season without asking permission or getting anyones approval. This year we'd be hunting a new piece of property and Lexi and I managed to spend an evening with the landowner as he gave us the lay of the land. Quite a few birds were seen and I spent the next couple days scouting at dawn and late in the afternoon putting together a plan.

One group of four Long Beards got my attention as a pattern emerged and a rough blind was built late one afternoon while those Gobblers fed towards their roost. When the evening gloom began to take hold I made a few last minute adjustments and slipped out of sight back to the truck. I texted the land owner that evening and told him where we'd be at sunrise and he asked if I also wanted to shoot a bird along with Lexi if the chance presented itself ? Now really, what could I say ? 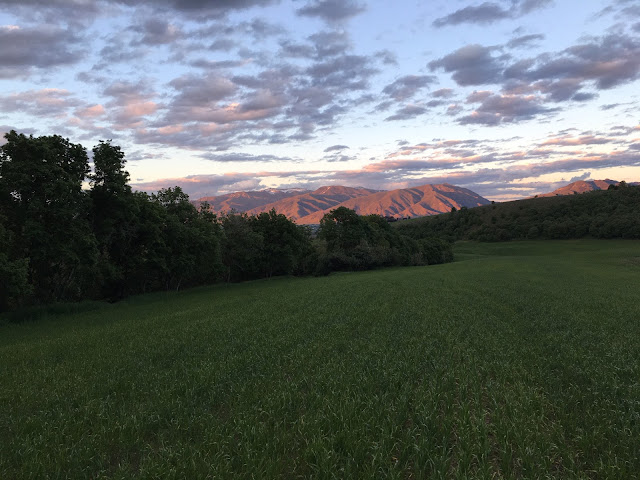 At 19 a Dawn Patrol attempt is never Lexi's favorite tactic as she's been just as successful hunting from noon until sundown for anything, sleeping in is always good duty in her mind. But she never starts to debate this approach unless it's well into the season. Rebecca decided to go so we saddled up under a star filled sky and nosed the truck through the darkness. We left the truck 45 minutes before any hint of light could creep into our valley and walked the last 700 yards to the hide.

I set up three deeks as team settled in, looked over the scene one last time slipped into the trees and sat down. The Model 12's were fed some teeth and a hunt that is always a favorite of mine began to unfold once again. 15 minutes went by before Lexi pointed a finger to our right indicating she must have heard birds calling from a limb above us. Then she pointed directly in front of us into a tree line 400 yards away, it was that direction that most interested me as the gang of 4 roosted in those trees. Then she pointed to her left and across the wheat field.

10 minutes later six birds sailed into the field coming off a high ridge on our right flank. Another group including the gang of 4 ran out of the wood line and into the field at our front and then I saw a Gobbler sail into view from our left front far across the field. The older Gobblers quickly assembled to sort out who was actually in charge that day. The Jakes that had also arrived stood off to the side minding their manners.

I yelped and cut with a 50 year old Lynch box call now wore and repaired more than once. That Lynch has been the voice of the grim-reaper ever since my father gave it to me as a teenager. The response was immediate and for the next five minutes I tried my best to sound attractive and looking for companionship and it must have been convincing this morning as the mob headed our way. The birds soon dropped into a swale that would hide them until they were almost in range.

For ten more minutes the birds were out of sight, I had just given a few clucks and purrs when Lexi's muzzle began slowly moving to left. I about pushed my eye balls out of their sockets looking left when a big red head appeared very close to the blind followed by a scrum of other red heads all in wad. It was about that time that the first bird in really began to pay attention to the deeks. Likely a 2 year old and wanting to extract some justice on any interloper made a bee line for the Jake decoy. The mob followed with the gang of 4 in the middle of the scrum. No shot was offered as it was clearly a case of safety in numbers. For the next 3 to 5 minutes the Gobblers worked over the look-a-like with reckless abandon. Finally one of the long beards stepped to the side offering a shot that would put the other birds out of harms way. I was waiting for the shot as Lexi is now a seasoned hand at this.


Wouldn't this be great at time to know a gunsmith.

I told her to push the fore-end slide fully forward and heard the gun lock up. She aimed at the same Gobbler again and pressed the trigger. In the early light that morning I actually watched the shot column of Heavy 7's sail right over the Gobblers head, I think my daughter was a bit rattled.  The birds never flinched and continued their aggression on the fake. Another one of the gang of 4 stepped away from the scrum and wilted when I pressed the trigger on my 16ga. Lexi reloaded selected another Long Beard as all the participants stepped back, separated and began to wonder why one of the team was laid out in the wheat. Her 20 gauge barked and that bird also folded into the wheat. 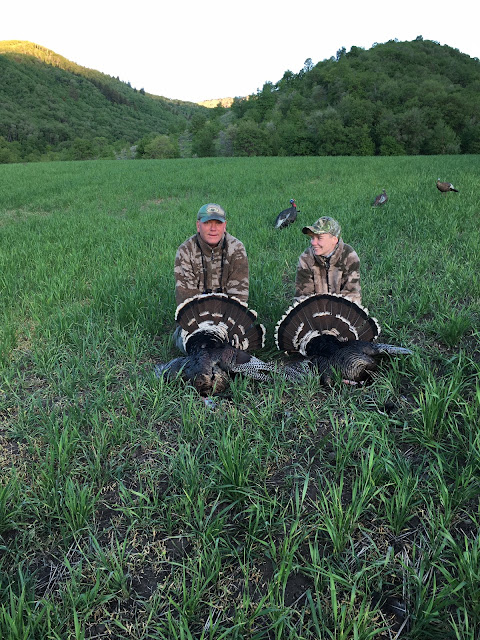 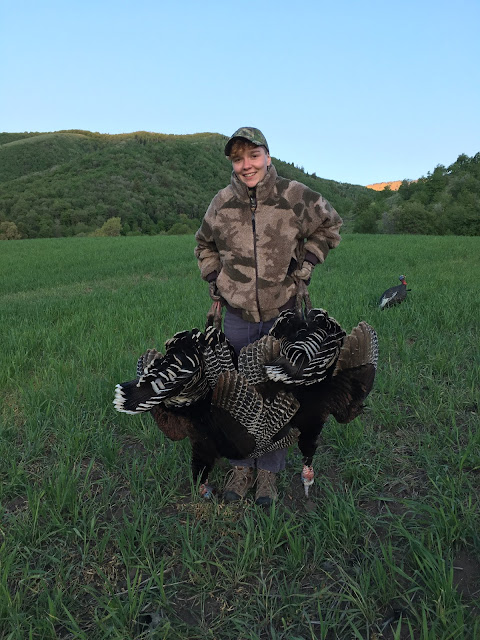 In more of a state of confusion than fear the remaining gobblers hot footed it away never really knowing where the danger was coming from. Concealment and choosing the right location is a discipline that comes with time. The remaining birds finally trotted over the rise and we all stood up. 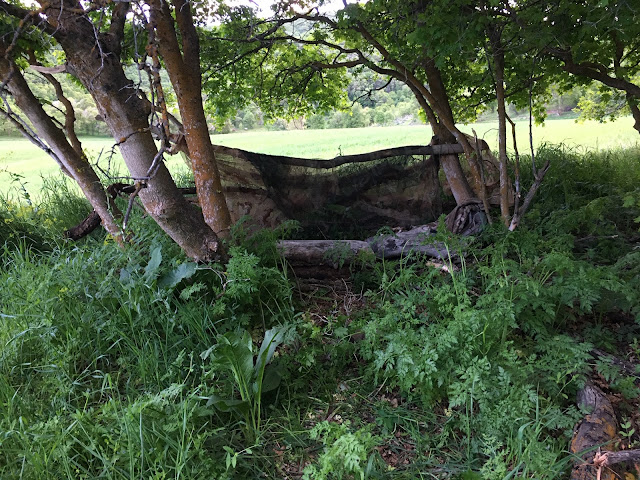 We admired the pair as we sat in the wheat while soaking it all in.  With the morning sun now now bathing the field in light we began to pick up our kit and then lined out for the truck with weight of success balanced on our shoulders. I never seem to tire of hunting these grand birds and the apple has not fallen far from the tree as both of us have come to look forward to this season a great deal. 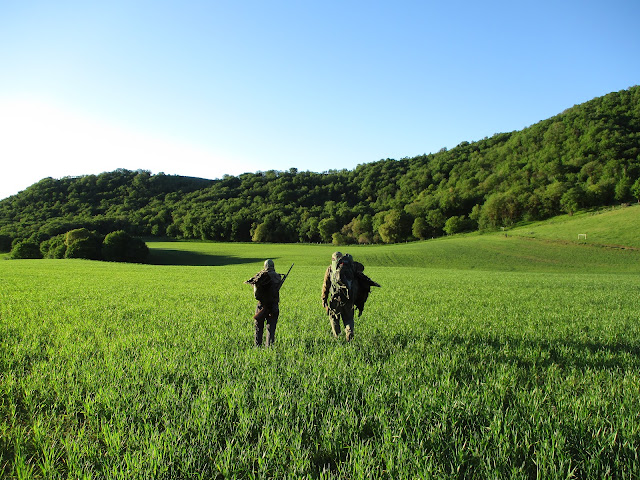