I lost a friend in January and it's left a bitter taste. Stanley Granett slipped the bonds of this world and is now embarked on another adventure carried by a high desert wind. Born in Carlsbad New Mexico he then grew up in rural Tucumcari NM. Stan and I met at the Colorado School of Trades four decades ago. He had been working cattle on a ranch in eastern Montana and had sworn to his brother Joel if he survived that one particular cold Montana winter that he was going to find a line of work that didn't require a saddle combined with an arctic wind boiling out of Saskatchewan.

As I remember Stan took to the required course work better than most and quickly developed an eye for what was good and what was junk. He grew up a rifleman and that's where his interest always found tracks. 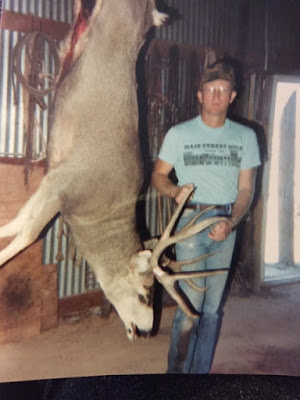 While class ate up most of the week, the weekends were ours? Those weekends were for iron legs and good lungs and we spent a lot of time in the high country of Colorado. Not always with a goal or destination in mind just the desire to be out of doors. We were both eager, thinner and least one of us had more hair (for a while anyway). Often weatherbeaten and dog ass tired we'd return with a few trout, maybe a limit of grouse and some snowshoes hares for the freezer. We had little money but a lot of time and used it to our advantage. We always spoke freely with one another and didn't always agree on the subject, what you could always expect from him was honesty and incite. 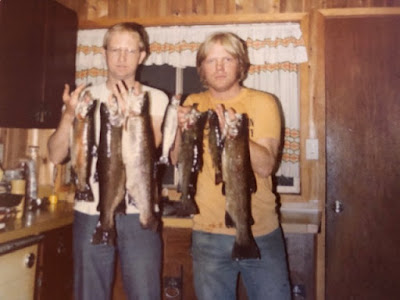 Stan did a short stint at the David Miller Company after finishing up at CST and became good friends with Curt Crum. The two of them hunting Javelina and Couse Deer for many, many years in Arizona when they drew the tags. Stan moved back to New Mexico and settled in the 4 corners area to work for the Navaho Power Plant as a maintenance specialist and retired when he had enough years to so comfortably.

With pretty simple needs and desires he was looking forward to more time afield in his later years and he made a pretty good run at it. Hunting Oryx, Pronghorns, Mule and Couse deer when he could and chasing the same species in other states when he could draw the permits. We hunted big game a few times together later on but never enough I'm afraid. He put together a 404 over a period of time and toyed with the idea of going on one African Buffalo hunt but a year ago the wind shifted.

I will miss his southwestern drawl, humor and his capacity for fun. More than anything I'll miss his desire and excitement to look over the next ridge line even as the light is beginning to fade.

Audios Mi Amigo, save me a seat at the fire