I took a gun for a walk today

I took a gun for a walk today, it was of a trial of compatibility to see how well we might work together. The gun was an older Model 12, 16 gauge, solid rib, lacking blue and finish in all the right places, a veteran of someone else's time afield. Outside of  Turkeys I haven't really hunted birds since my shorthair died and my daughter Lexi was born. That would be 12 years now. I've wanted to get back into it, find another dog, get a shotgun I liked, get in better shape.

The 16 was sent to me by a friend that has the same passions and time constraints. Once in a conversation I mentioned my first gun was a standard grade Model 12 in 20 gauge that I shot my first Virginia grouse, bob whites and even my first whitetail buck with. My brother now owns that gun and I'm sure it's rusting away in a closet in Georgia. Over the years I have owned, borrowed and used a surprising number of shotguns. Like my rifles I kept them only long enough to use, evaluate and then sold or traded them off to try another.

The 16 arrived with a note " it's yours if you want it, but promise me you'll use it" and that was all. It sat in the safe until a few weeks ago when I decided to pattern it. The feel, the unmistakable sound of the action being cycled brought back some dusty memories. Later that week I was comparing shell and shot selections at the local Hook & Bullet hangout. The choices were pretty limited but I'm use to limitations.

Today I picked a route up a ridge that was steep and high. The lower area of the trek would take me through some cover that should hold some western Ruff grouse and the higher slopes might hold some Blues. It was a power walk with ammo. I never saw a bird but that hardly mattered. The sweat pored off my body and my lungs reminded me that the steel in my legs is no longer titanium. At 55 I'll need to really work out a plan to maintain these kind of walks. 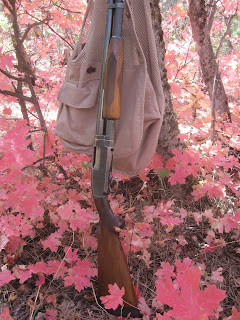 The 16 felt solid, comfortable and familiar the whole day. It was neither too light nor too heavy. The rounded Winchester receiver felt great in my hands just as 20 gauge had 40 years ago. I began to wonder why I hadn't pursued this idea years ago and with the very same shotgun. I going to bust some clays this week. Then I'm planning another weekend route and might even start looking for a pup.
Posted by D'Arcy Echols & Co. at 4:01 PM No comments: 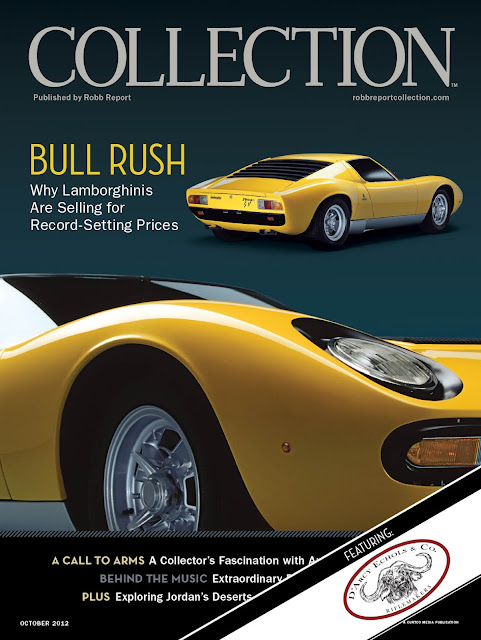 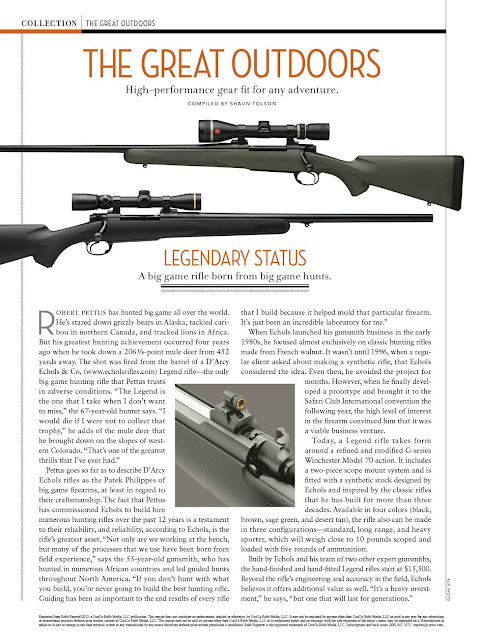 We should have a link from this blog page to our web site www.echolsrifles.com for those that wish to read the text in this article very shortly.
Posted by D'Arcy Echols & Co. at 3:24 PM No comments: 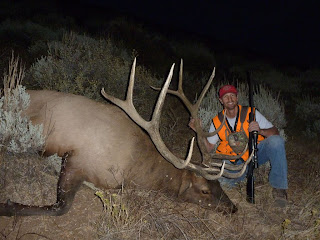 My good friend and CPA Troy Martin ended his elk hunt last night that was 10 years in the making. He and another friend Bret Wursten pulled this bull away from other elk hunters in the same canyon and then closed the deal with Troy's Legend 300 Wtby Long Range. The shot did not require stadia wires or lasers and was up close and personal. Troy, congratulations on this fine bull and job well done.
Posted by D'Arcy Echols & Co. at 4:11 PM No comments: 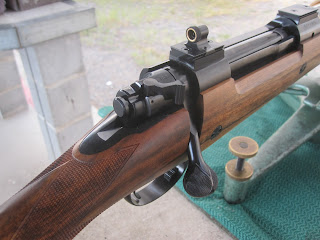 Re-zero both the detachable peep sight and scope as well as put the rifle through it's paces one last time. This 375 is fit with the last set of Burgess detachable 1" rings I had in inventory. While we have a replacement design in the works they are not quite ready to test drive. 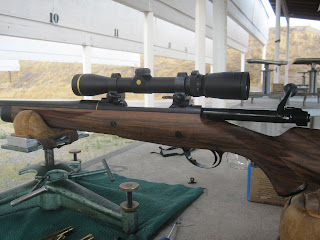 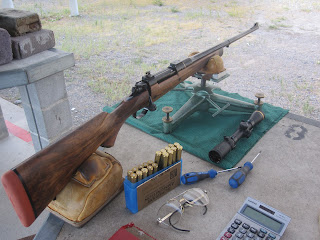 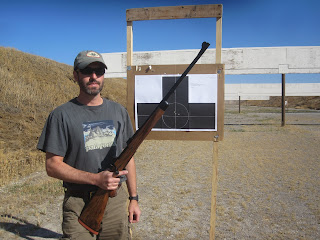 This rifle shoots very well with the Woodleigh 350gr Soft Points & FMJ's and puts them into the same point of impact. Our Photographer Kevin Dilley of Klik Photography will take few studio pictures later this week and then the 375 makes the anticipated trip to the owner in Michigan.
Posted by D'Arcy Echols & Co. at 6:24 PM No comments:

Dr. Pepper Murray is without a doubt one of the most dedicated trophy antelope hunters I have ever had the pleasure to spend time with. He has once again pulled a rabbit out of the hat and killed a 86" net, green score, buck from northern Utah. No matter the shrinkage after the 60 day drying period this buck will net into the all time B&C record book. With 16" plus length , 7" plus base and first quarter circumference's,  6" prongs and great mass above the prongs the numbers just add up quick. 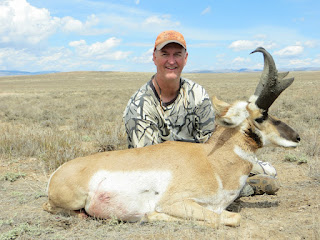 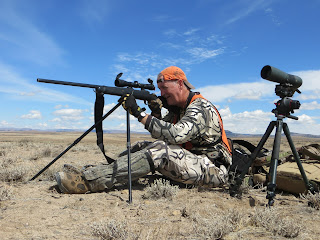 He used his tried and true Legend Long Range 300 Wtby to take this fantastic buck. Way to go Doc !
Posted by D'Arcy Echols & Co. at 9:42 AM No comments: