Last fall Bob returned once again to hunt desert Mule Deer in old Mexico. He's done it for years and years and this time he pulled a scary rabbit out of the hat. I'm not sure of the details and haven't a clue as to where it all happened. I do know he used one of his favorite Legend 300 Weatherby's which have served him around the globe time and time again. 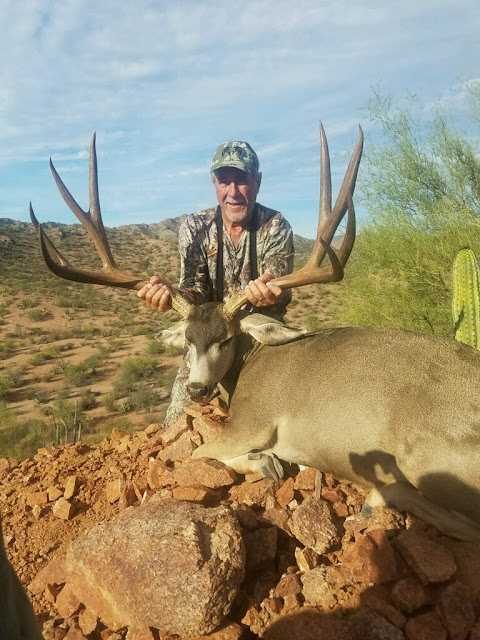 Hunting  big desert Mule Deer has been a passion of Bob's for a very long time and he's always been just a second to late as a buck like this evaporated into the greasewood and cactus.  This time it all came together, what a toad.

Can someone one tell me why ?

Be advised, as I am about to rant, again.

Can someone tell me why we really need objective and ocular lens housings the size of Coke bottles? What purpose does a throw lever have on scopes designed for hunting big game, especially dangerous game ? I have mentioned these ever encroaching anomalies in earlier post. Let me start out by saying I'm not picking on a singular manufacture as this is becoming a shared trend in the industry. What do you really need on a big game hunting rifle ? We're told bigger is better, brighter is nicer, lit is chic.

Lets look at a possible scenario that I can see happening 9000 miles from my bench top.

You liked the looks of the Z8 when you first picked it up. It came with all the bells and whistles you'd read about, so it naturally followed you home. Fortunately the rifle it was going on was set up with High 30mm rings. Granted it still required some alteration to the already low mounted bolt handle to clear that overly robust ocular lens but that's what gunsmiths are for.  A little grinding a little welding some body and fender work and we're fixed up. 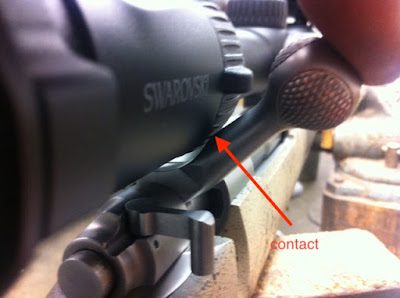 We now fast forward to late October in the middle of the Zambezi Valley.

Despite your best intentions you've just stuffed a shot and smacked a dandy buffalo right in the tummy. The scope had been set between 6X or maybe 8X when you pulled the trigger but the sun was in your eyes, the shooting sticks may have slipped just as the sear broke or maybe you rushed the shot. Regardless the bull is now running for the river. Excuses be damned its now time to hitch up your girdle and try to clean up your mess.

All spring and summer you shot round after round and the new scope worked fantastic, with its excellent clarity, superb color rendition, ample eye relief, it adjusted fine when required and your groups never looked better thanks to that boosted power.

Six hours later you're hot and dry, the water bottles were emptied three hours ago and your bathed in sweat from keeping pace with the team. The bulls tracks are still sprinkled with drops of green and red as he heads deeper into the valley.

Then suddenly the trackers pull together, fingers point into a Mopane thicket just ahead as they begin to back peddle out of the way. In a whisper the PH ask if your ready as the time has now come.

You do a quick mental assessment to make sure your wits are all in a tow as this wasn't supposed to happen quite so fast. Then you notice you need to turn your scope down to 1X, it's the first time you've ever done that since you bought it. 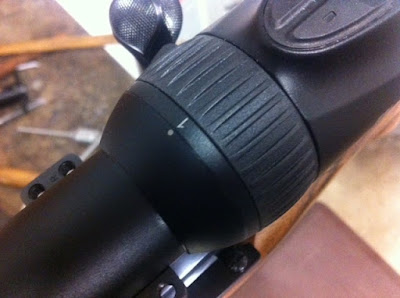 Cautiously the two of you enter the trees. The old bull is sick and mad when he rises to his feet and you fire quickly somewhere into his front end. Juiced by your own adrenalin you reach for the bolt to hit him again.

And that's when the melons fall off the cart. There is now no way you can now operate that bolt rapidly as you no longer have any room between the throw lever and the bolt knob. 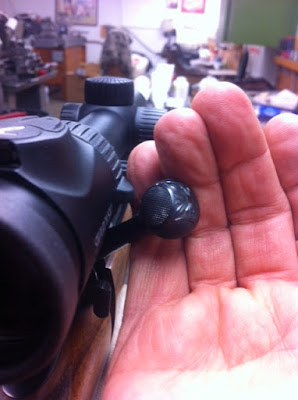 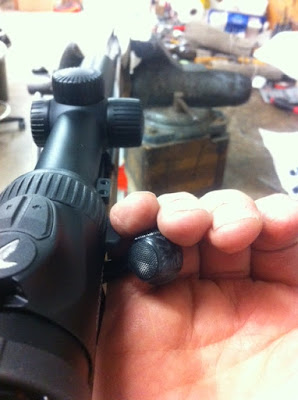 In your haste most of your right hand looses all purchase with the bolt knob and then slips completely off the knob leaving you with a fist full of air. What the f--k ? The simplest of tasks turns into the four finger shuffle in an unfamiliar and unexpected moment of panic.  The PH stands ready and covers the stunned but still very mobile bull. As you continue to fumble with bolt the bull gathers himself again and comes with intent. The PH now sends a bullet into his skull to settle the issue.

You couldn't, as you're still out of the game, muzzle to the sky looking at the bolt wondering whether to push it forward or to the rear in the confusion. Far fetched ???? please don't insult me.

You have to wonder why those in the optical industry never thought of this potential situation. Another great design formulated in a Solidworks without any of the designers having ever set foot into the woods behind the plant with one of their creations mounted on a rifle. Boggles the mind doesn't it.

So for grins lets look at a few numbers, These specs I've taken off two new Swaro Z8's that are currently in my shop. The rubber change power ring has a whopping OD of 1.840 compared to a scopes from not all that long ago that measured 1.600 such as the Leupold 1.5-5x20mm. Now even variants of this battle tested DG design have been enlarged to 1.700 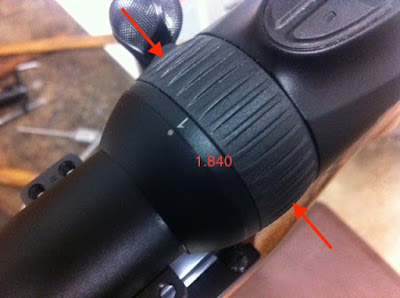 By comparison the Schmidt and Bender Summit has an ocular bell that measures 1.675 + or - and the S&B  3-12x42mm Klassick is slightly larger at 1.690. I use to think these were overly large, not anymore.

Then we have the throw lever. Have we really become so weak that we actually need this mechanical aid ? Come on people. The throw lever on the Z8 extends another .225 off the side of the scope, and it's on the wrong side for right handed shooters wanting to utilize the lowest power. Hello !!!!!!! 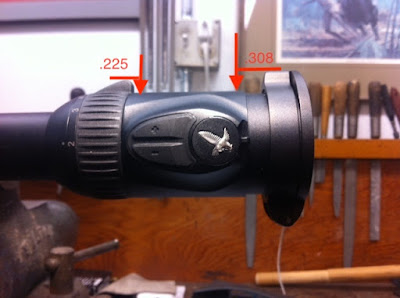 Another useless add-on that arrived with this brand new Z8 2-16x50mm is the ocular flip open lens covers. This door handle sticks out another .308 from the anodized body of the ocular lens housing.  Hello !!!!!!!! 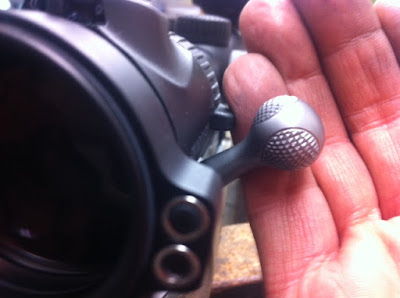 To mount this scope as received with ample clearance that allowed you to actually utilize these widgets you'd have to add enough additional height in your rings that you'll need a step ladder to rest your cheek on.

About that time you'd run out of vertical elevation and require a tapered MOA set of rings that would place your eye piece even higher yet. What's so ridicules is these add-ons have zero, nothing, nada to do with the optics.

Despite the scope being physically bloated the optics of the Z8 are fantastic, so whats with the extra crap ? couldn't they try and leave well enough alone ? Apparently not.

The requirements of the big game scope mounted on a sporting weight hunting rifle are pretty simple.

You actually need is ample clearance between the objective bell and barrel as well as the ocular bell housing and bolt handle to operate said bolt under any and all situations.

Ideally the scope should be mounted as low as reasonalby possible for quick target acquisition and rapid bolt manipulation. In this regard size really does matter.

The scope needs to be reliable, rugged and as light as possible on any heavy caliber rifle

Lastly filtered down to its simplest form a scope is an aiming devise and nothing more. It is not the Hubble's little brother.


What is the optical industry as a whole thinking ????  Me, I'm at a loss to come up with an answer