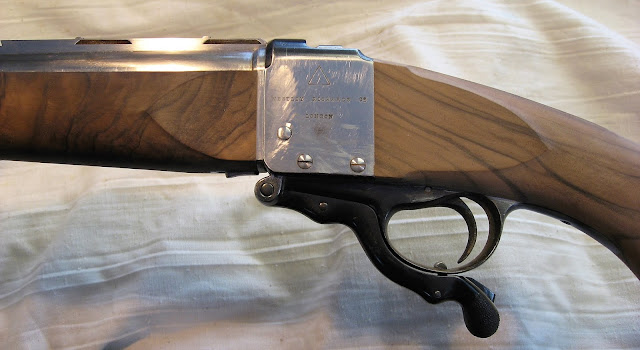 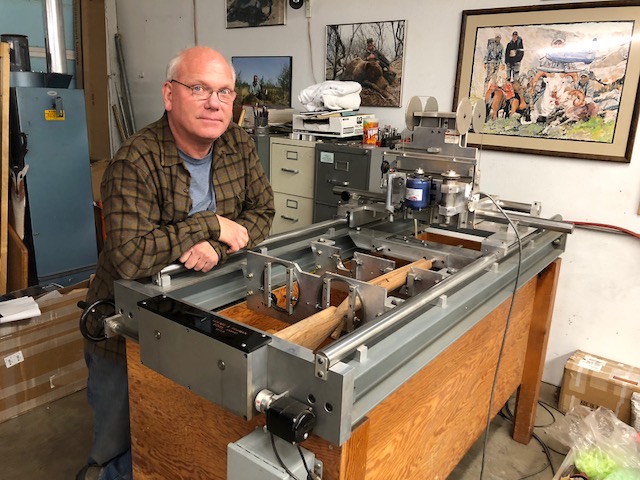 You don't see these everyday: Part 2

Like the Boss O/U fore-end another piece of English history entered the shop not once but twice in 2018. It has been quite some since any Farquharson type stocks have shown up for duplication. I remember machining a pair of Jeffery PD stocks roughly thirty five years ago and another Farquharson Holland & Holland butt and fore-end about the same time.

Recently Paul Hodgins (paul@hodginsgunstocks.com) requested I machine a butt stock from the original Holland & Holland butt stock as the original was broken and repaired one to many times. Paul served his apprenticeship and was employed at Holland & Holland as a stocker in his younger days. Now a citizen of the United States he continues to practice his skills predominately re-stocking best quality double rifles and shotguns. Now and again he is requested to re-stock a single shot or bolt gun and this 450 Express is such an example.

The bulk of Paul's work is done from the block but again there are times when the use of a precision pantograph can come in handy. So the cracks in the butt stock were epoxied one last time, any voids or pockets in the inletting were glass bedded, the butt lengthened to meet the new owner's requirements and then it was given to me to machine. I left or removed the requested amounts of wood in the inletted areas and on the exterior surface.

Since Paul and I live in the same area I stopped by a couple times to look in on the project. 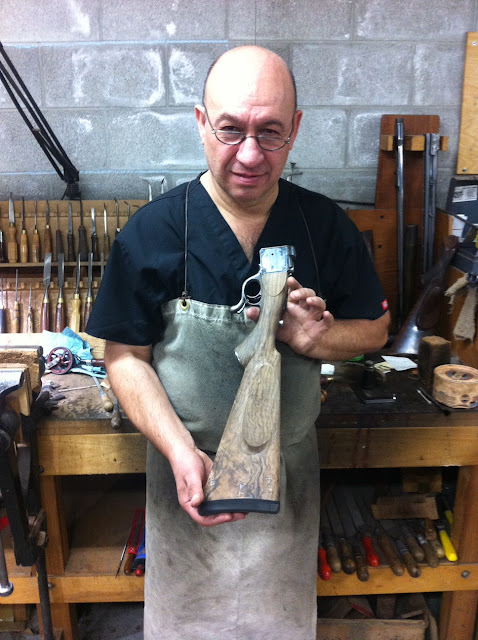 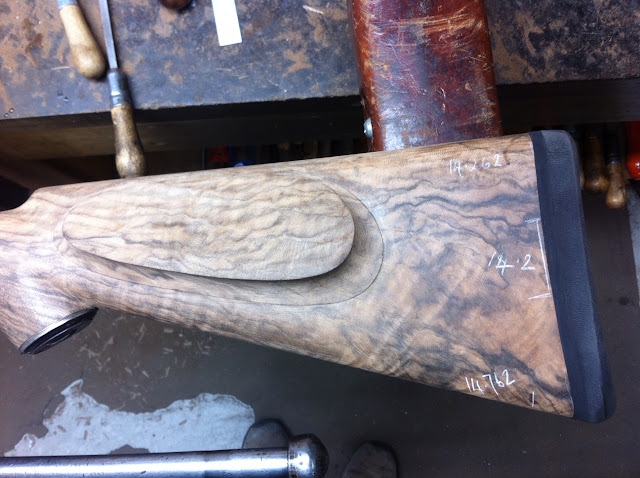 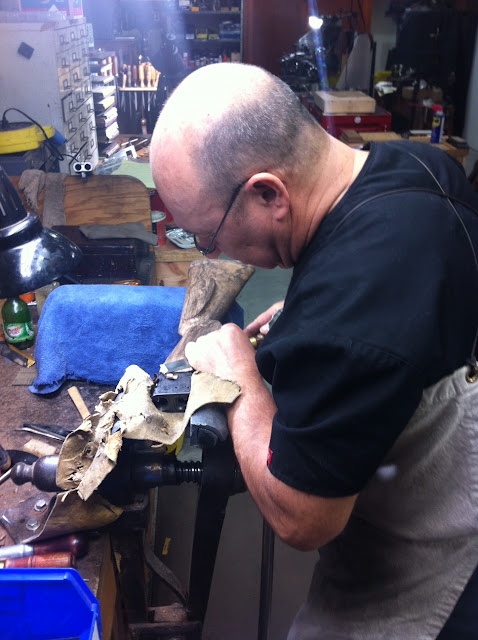 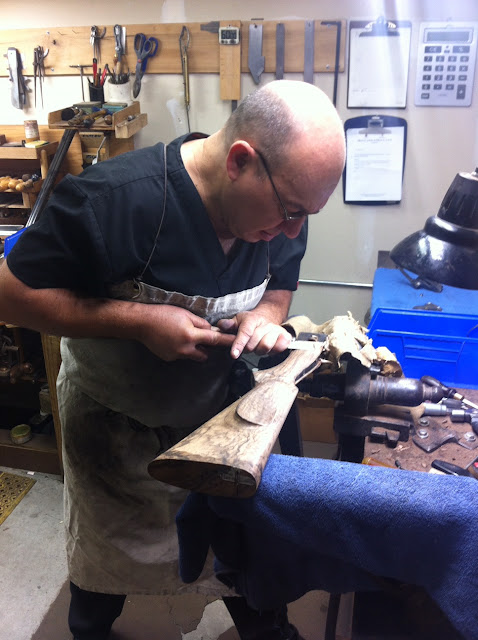 I believe the fore-end was re-finished, some screws had to be replicated and replaced, polishing, re-case coloring and re-blacking of some parts was now complete. All that was required now was a steady hand to put it all back together. 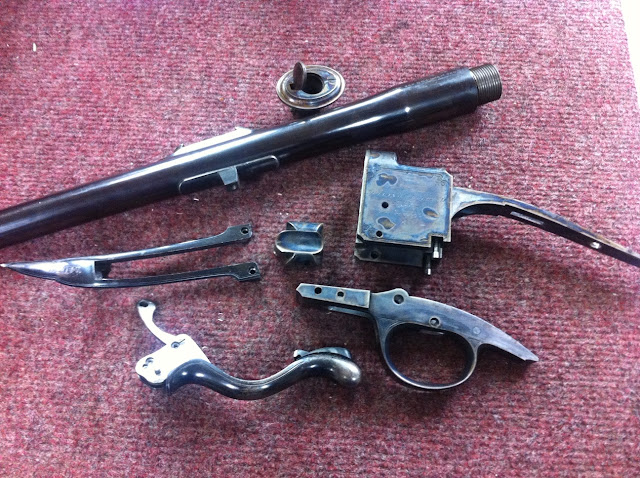 Around the end of the year Paul left me a message on the phone to say the 450 was complete and did I want to see if before it was returned to the owner. What would you say ? 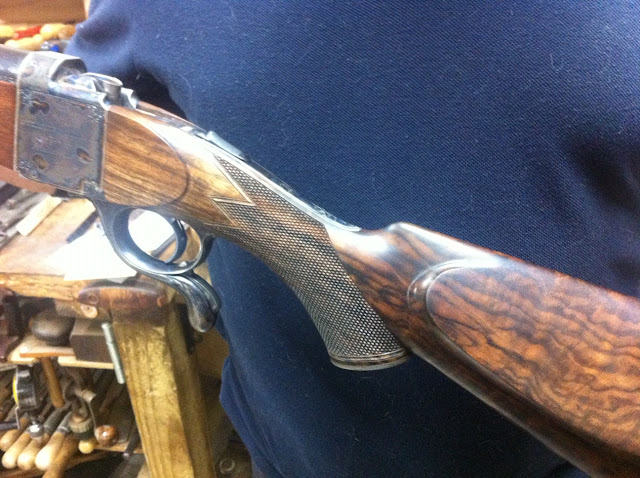 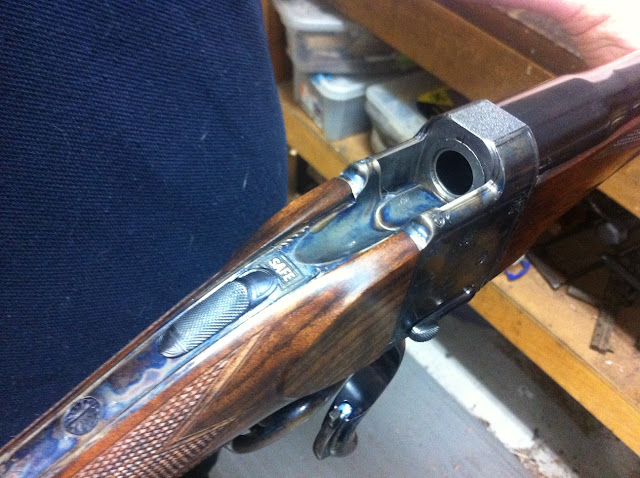 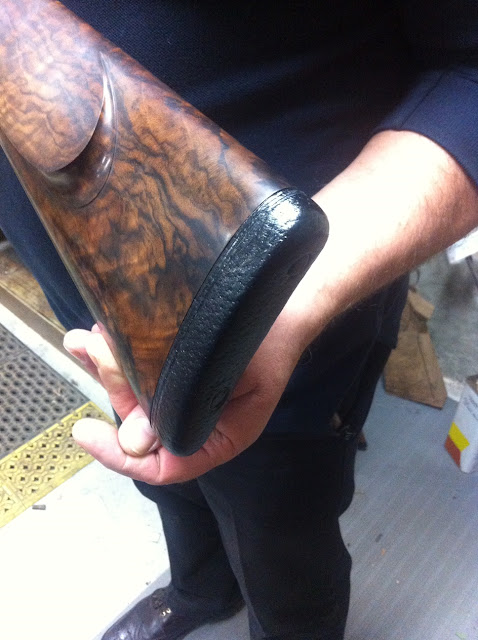 James Flynn a praticing artisan in his own right leather covered the Farquharson butt pad per his usual standards which adds an elegant and functional touch indeed. 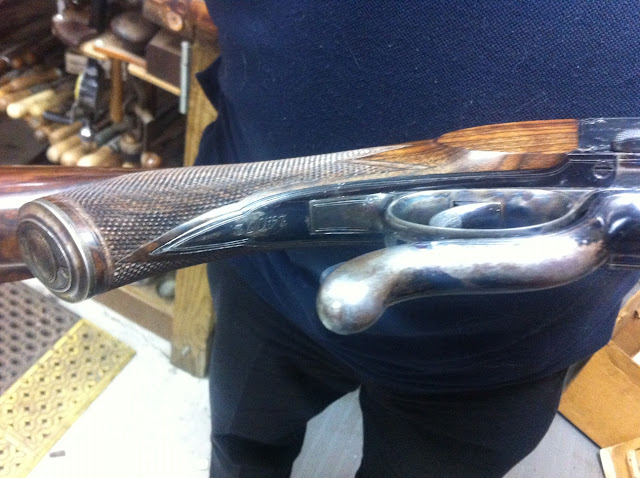 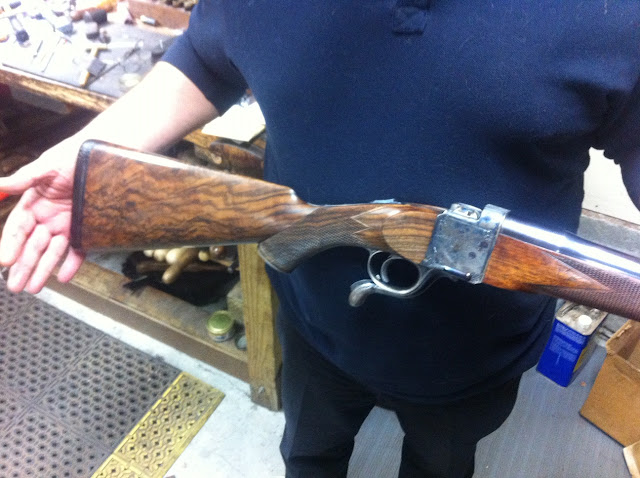 Old and new world talent at it's finest 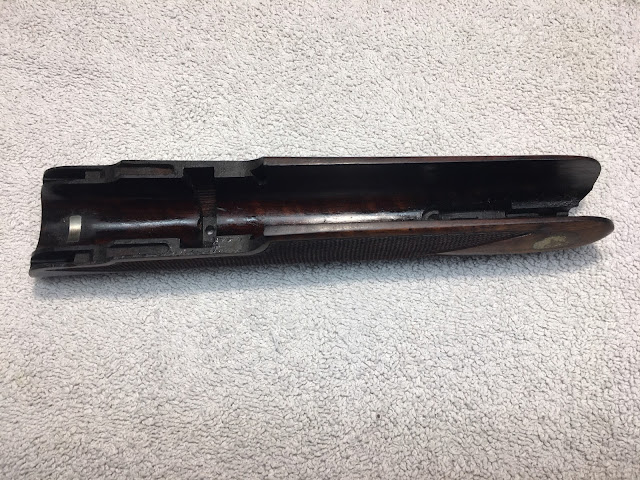 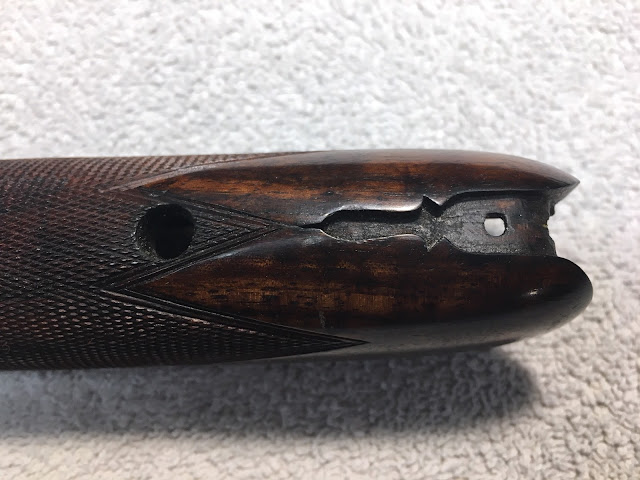 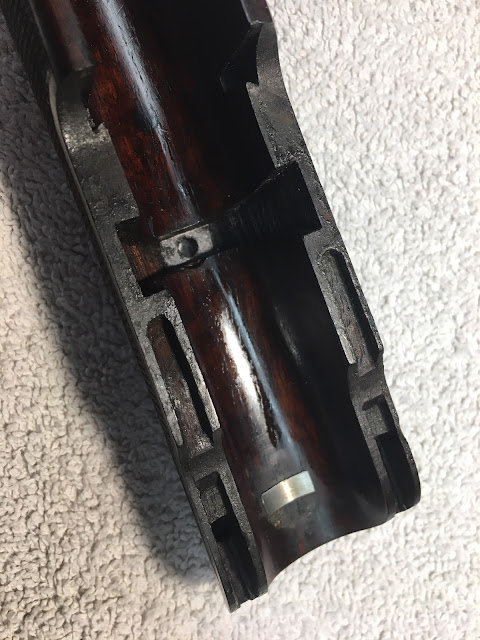 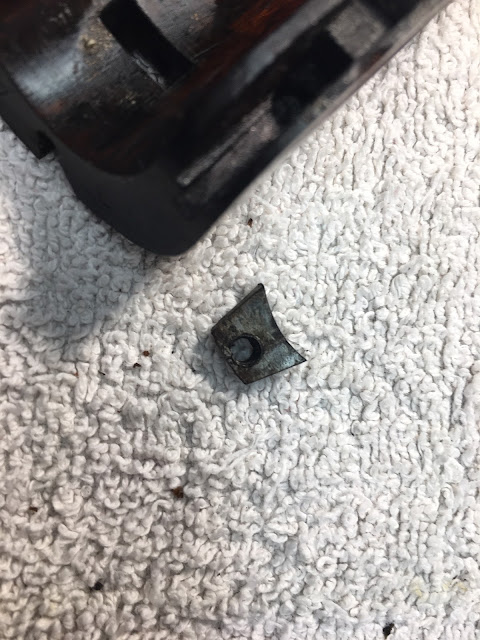 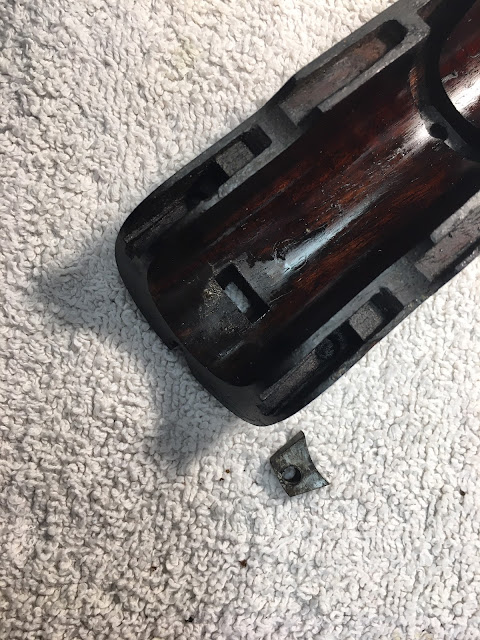 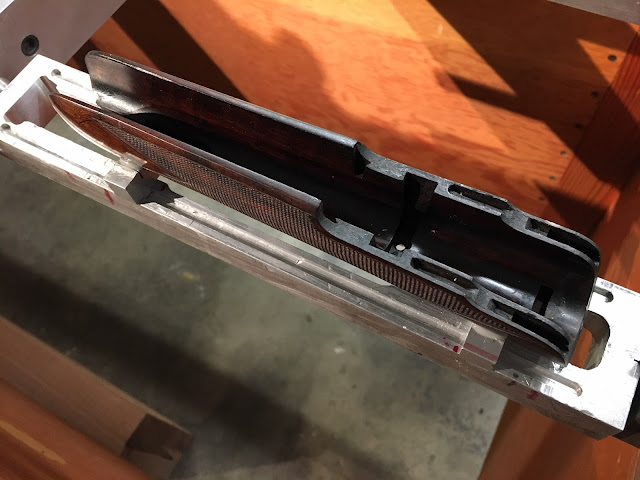 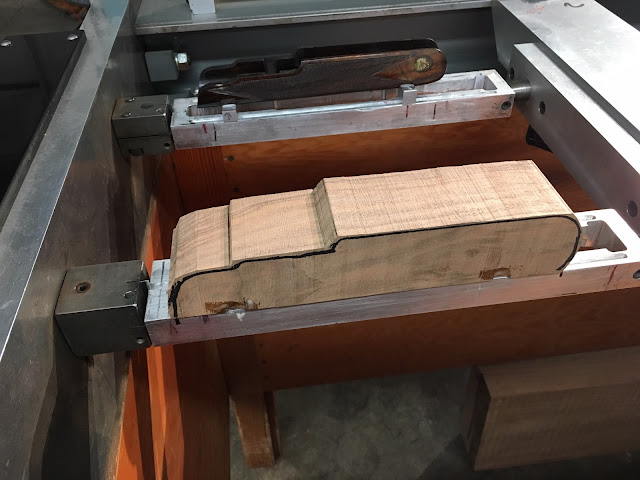 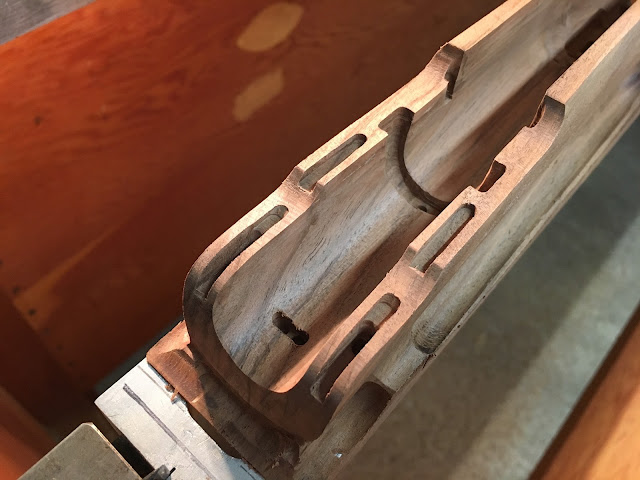 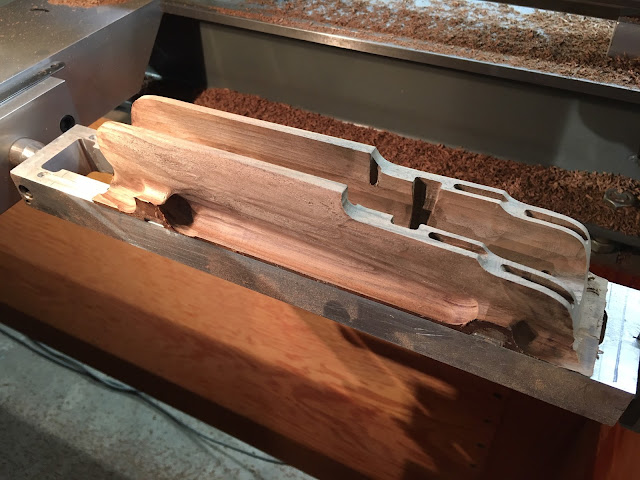 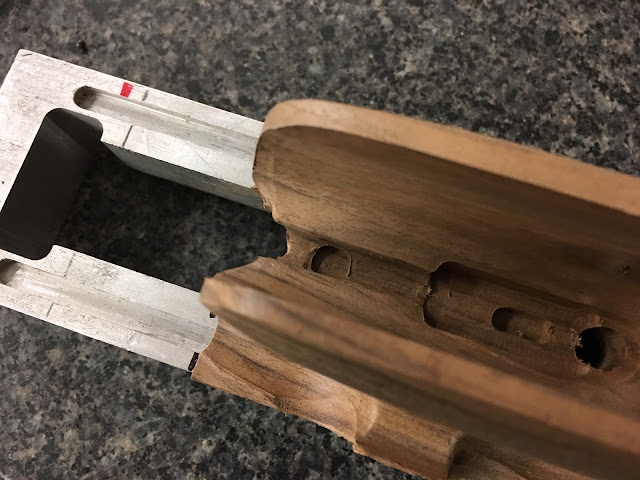 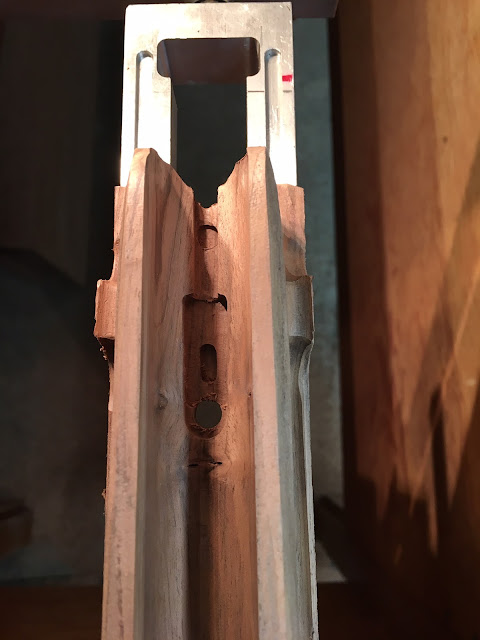 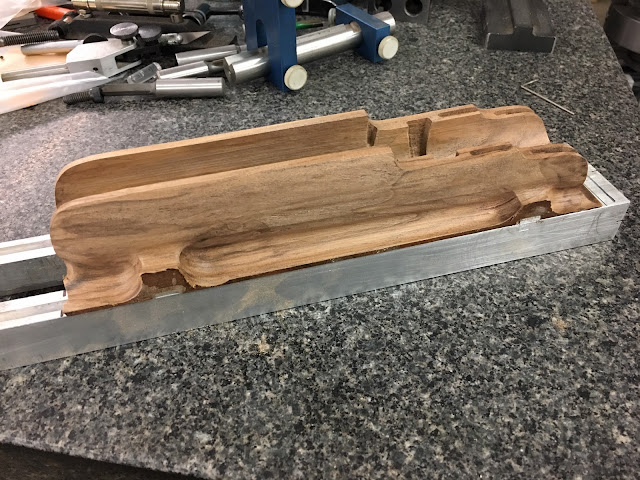