The Blue Sheep of Nepal

Frank has just returned from Nepal where he went in search of Blue Sheep with Samsher Parajuli and Global Safaris Nepal (info@huntnepal.com). I know little about this part of the world or the hunting that can be found there. But I am always impressed when I receive pics from returning clients that show the panoramic beauty of this mountain terrain and the definite impression of being way off the grid. Much of the game hunted in these far flung points of the globe is done at fairly high altitudes with a slope angle that can resembles a cows face.

Frank and the other hunters in the party left Kathmandu by helicopter and were flown into Dorpathan Hunting Reserve headquarters. It was there that the three day trek into the base camp began. 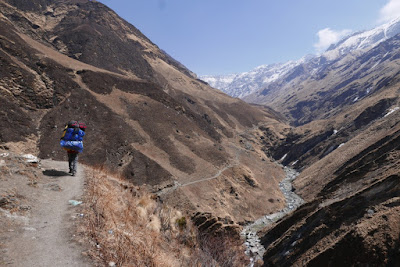 The base camp sat at an altitude that was just under 9500 ft. If you require Lodge Style accommodations for you own personal comfort then this venture may not be your cup of tea. I have been more than happy for long periods of time sleeping in Dome tent or as a friend of mine has always mused "living in the dirt". Like any other hunt you go prepared with the anticipation of seeing new country and deal with what ever weather or discomforts that are thrown at you. 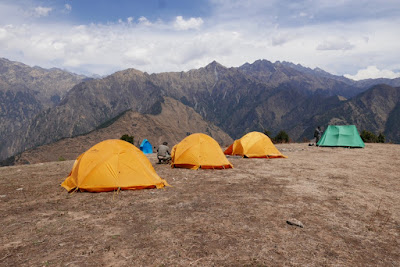 The actual hunting for this adventure was conducted at elevations higher still with Frank killing a fine Ram on the very first day at approximately 16,000 ft above sea level, rarefied air to be sure. He reports that many sheep were seen and he felt fortunate to have taken a ram so early in the hunt, a testament to the conservation practices in the Reserve. 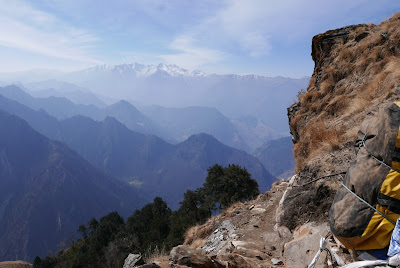 He carried a now well used and tested Legend chambered for 300 H&H to accompany him on the hunt. It is not a bantam featherweight so often prescribed for success today but instead of standard sporter weight configuration at just about 9 pounds scoped and loaded. The bullet was a Barnes 168gr TTSX with the single shot being taken at under 200 yards. 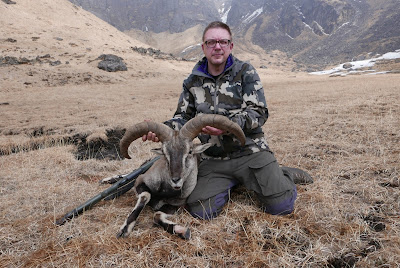 The coloration and coats of these Blue sheep are beautiful to say the least and somewhat remind me of the varied colors you encounter when looking at Fannin Rams in North America. A unique hunt in breath taking terrain and a memory to savor on the long hike out and for years to come. 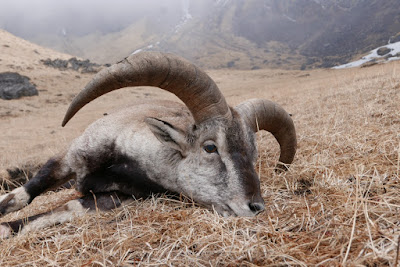 I was once asked by a non hunting friend out of genuine curiosity "why do you go to all the physical hardship and effort to hunt for game in areas such as this" "Why put up with days without a shower and the lung searing climbs onto the next ledge or ridge line, why? The answer is simple, one day I will no longer be able to and that is reason enough.