Highlights from this season so far

Over the past few months quite a number of pictures have made their way into my in-box and I felt it was time to post a few.

Terry sent in this pair of pics showing another old Oregon Blacktail Buck that hesitated just a few seconds to long before bolting for cover. Terry shot the buck with a his 300 H&H Legend at less than 60 yards. His smiling face and this Legend have been featured on this Blog many times. While he owns more than a few firearms and 2 other Legends this 300 H&H seems to be his "Go To" rifle of choice. The paint job is in tatters, the bluing fading on all the edges and the recoil pad looks like solid road kill. Terry shudders at the thought of refurbishing this work horse,  to quote him "you don't mess with perfection". I'll leave it at that. 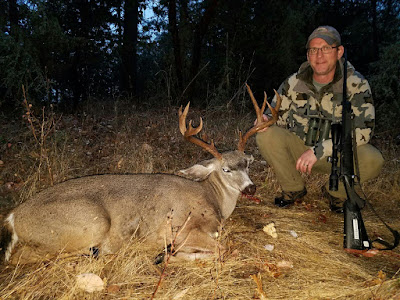 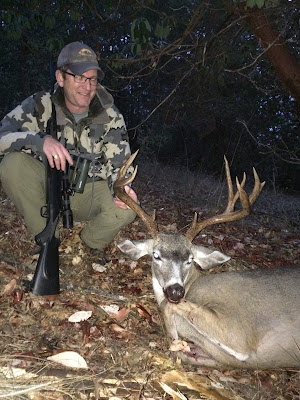 Hulme and Athol put together another Safari, this one in Mozambique. Old friends make fine hunting companions and this pair have shared more than a few campfires together over the years. Athol and the tracking team managed to turn up this heavy bossed, grumpy old bull and Hulme killed him cleanly with his 375 H&H Legend and a single solid. No Drama, no blood trails, no issues, just bang, thump ! 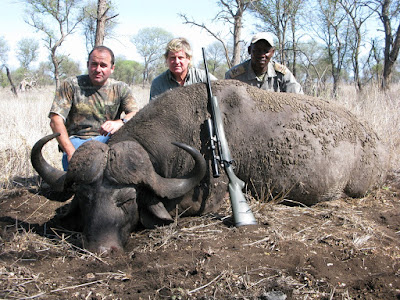 Richard traveled into the NWT in search of a Moose and maybe a Wolf if he was lucky enough to see one. He was carrying a Legend chambered for 375 H&H we had built quite some time ago that until now he had never been in the field. The hours in the saddle and diligently glassing into Artic basins finally paid off with this really fine bull. Not a lot of New Yorkers will be eating Moose tenderloin this winter but I know one family will have plenty of steaks on the grill for some time to come. 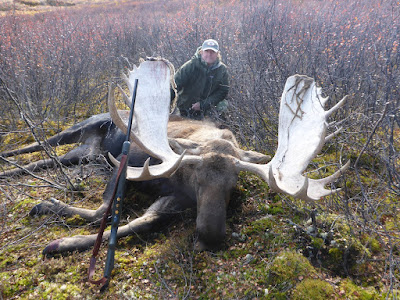 The Wolf came in circumstances that really defy all reason but not being one to look a gift horse in the mouth Richard dropped the Wolf with a single round while he was fixing something to eat. You just never know what will show up for a meal. 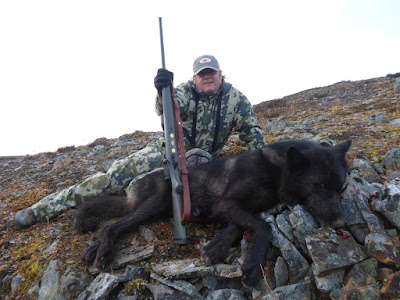 Enclosed are images created by Kevin Dilley owner of Klick Photography and a left Handed 375 H&H Magnum completed not to long ago. This rifle is the second rifle commissioned for a woman hunter to balance out her hunting battery. I have no doubt it will be well used in the years to come. The rifle is 95% stainless steel with a few carbon steel parts that were included that were then coated with NP-3 PLUS to match the parent Stainless Steel hardware. 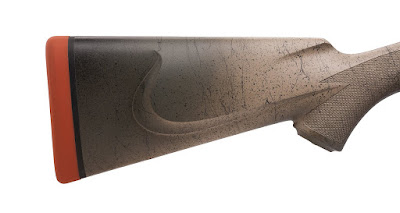 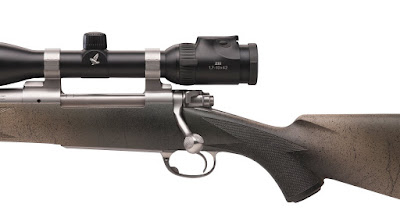