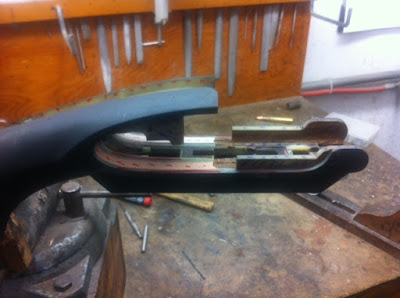 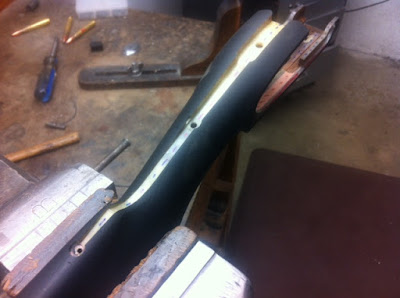 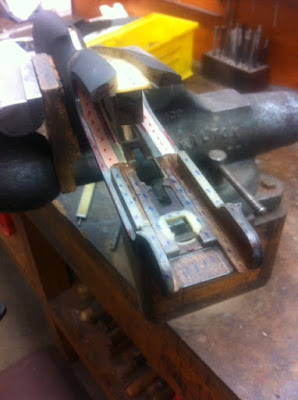 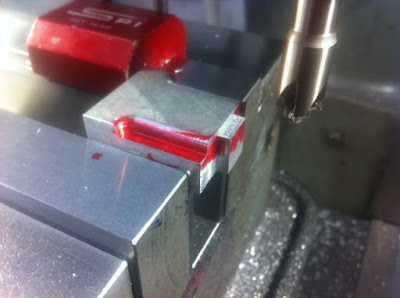 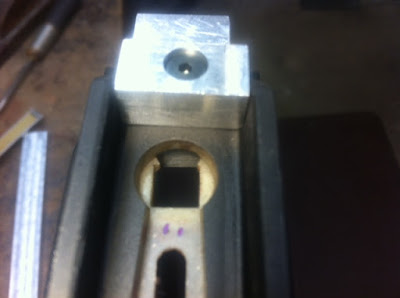 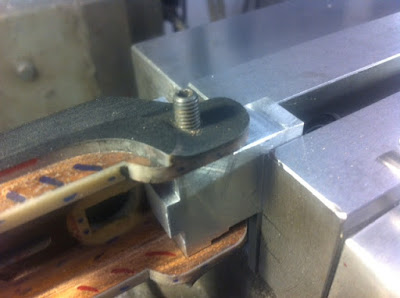 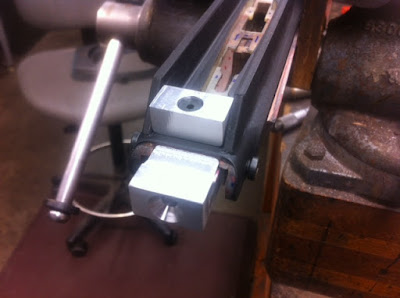 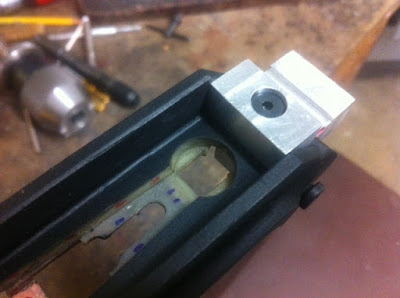 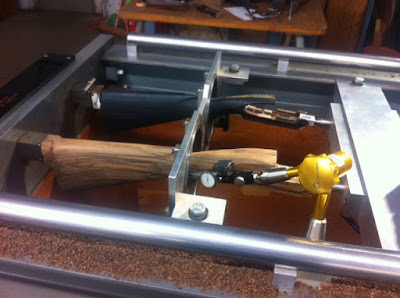 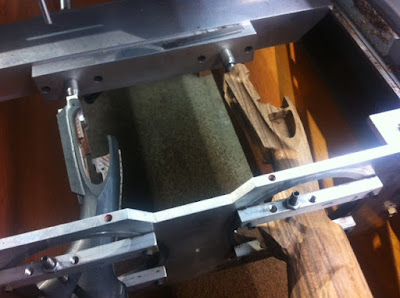 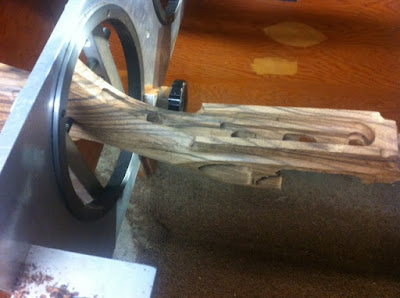 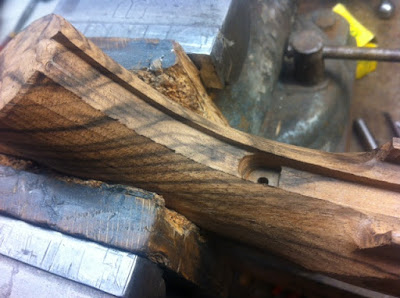 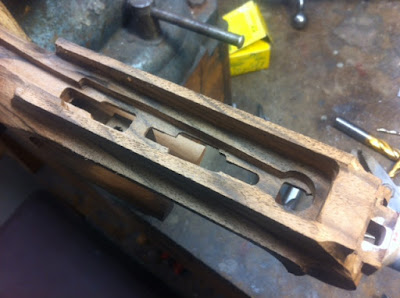 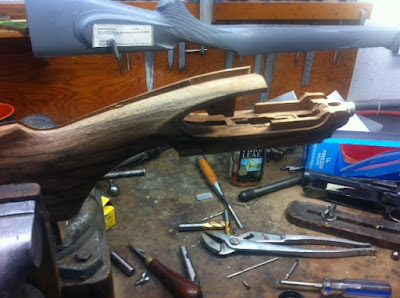 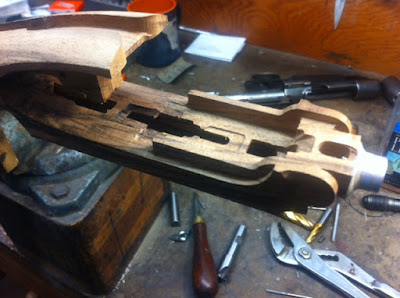 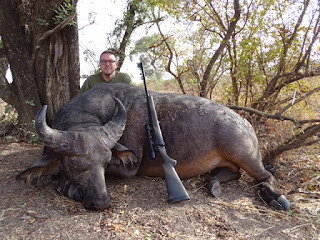 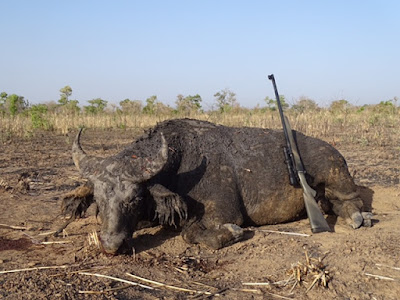 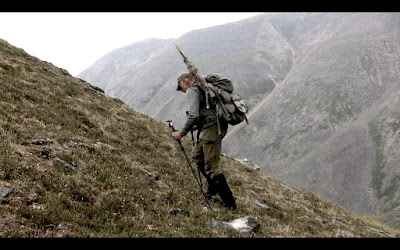 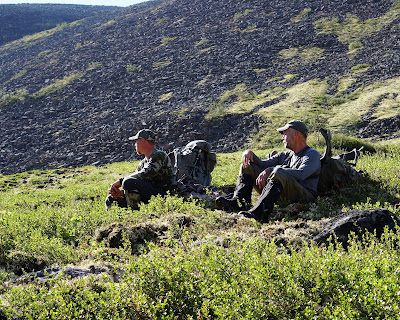 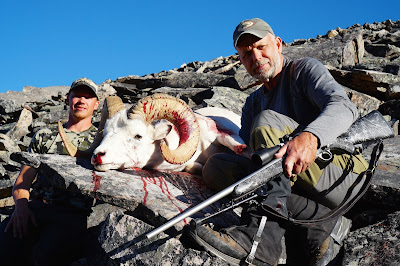 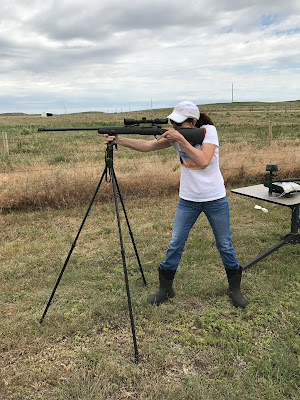 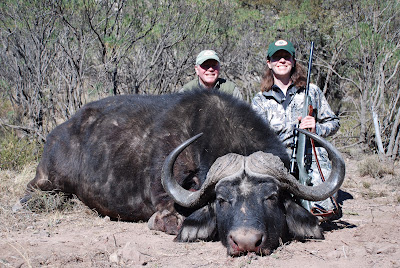 Without question my favorite Legend Light Sporter cartridge is the standard 7mm Remington. When with the throat extended in length to allow a 175gr Partition some real breathing room and tailored hand-loads developed just adds greater versatility to this already stellar performer. Mated with a 24" barrel this bullet can be driven at an average accuracy sweet spot velocity of 2800fps to 2830fps. Using a 26" barrel  2875fps to 2900fps seems to be where this bullet wants to hum. The rifle below is the clients second Legend. His first being a 270 Winchester but that rifle was liberated by his son and so the only alternative was to get another one in the works.

The last 4 groups shot with the 175gr Partitions this rifle delivered an aggregate of .600. This load will be used for everything the rifle is called upon to shoot.

Scoped and loaded with 5 rounds it tips the scales just under 9lbs. It is now time for owner to lay in the dirt, wrap up in the sling and get use to this Legend like he did with his last.