It is often asked of all of us regardless of profession "is the job complete to your satisfaction"?" it's a good question and the answer can be a bit slippery at times to pin down. In many disciplines finishing up a project requires attention to detail and quite often a dogged tenacity to stay focused in the final stretch. The saying "it ain't over till it's over" sums it up pretty well in this profession.

Last week I received a barreled action from Glenrock Blue (glenrockblue@gmail.com) which they had just caustic blued per my request. This is one of the very few operations in my shop that I do not in house. While I do rust blue myself when required I have preferred caustic blueing to any other final metal application for all my carbon steel magazine rifles regardless of the current available alternatives.

On the day of final assembly the bench top is cleared of clutter, the door is locked and the phone unplugged even after all these years. The parts are then pulled from the shipping box, unwrapped and each one accounted for. With a standard scope sighted Legend or Classic there are usually 58 to 60 blued parts. 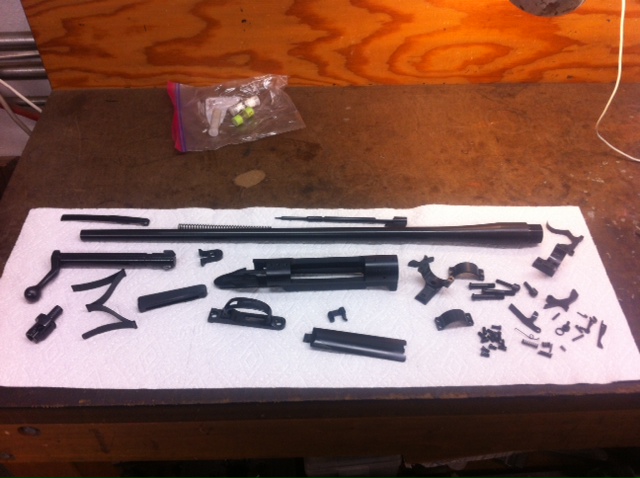 As the Legend is based on Model 70 the tools required for the final assembly are gathered up. The order of assembly is simple, I just grab the closest part. If I reach for the bolt sleeve the safety wing, main spring and firing pin will soon follow. The bolt body might be next and can be handled in a number of ways. I prefer to leave the bolt body blued on both Classics and Legends for rust prevention in the field. Some clients prefer the bolt body to be polished bright and some prefer the look of a jeweled bolt body. If the bolt body is to be jeweled the fixture and tooling quickly put to use.


The bolt body is then cleaned meticulously to insure no abrasive material is left on or it the bolt body. I say this as this seems to be a forgotten task in some shops. I recently returned from an Alaskan Bear hunt where I witnessed a rifle made inoperable due to crud left in the bolt body.

Next the extractor, gas block and collar are secured in place, the cocking cams greased with a light coat of anti seize grease and the sleeve and firing pin turned into place. Then the trigger and its adjustments screws are spun together. 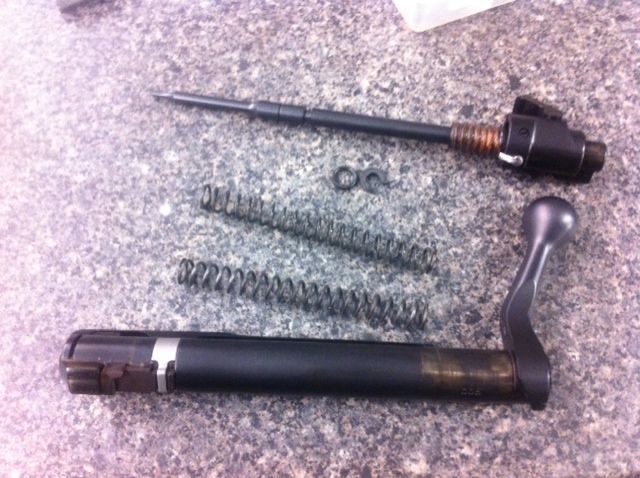 Then I might grab the follower. Like the bolt body I prefer to leave it blued, however many clients prefer to have the top flat, the side of the 60 degree standing wall and the bottom flat polished so they can easily read the 4-CTGS engraved on the followers bottom shelf. Two Delrin "bumpers" are press fit into the front and rear of the follower to negate any possible dimpling to the already heat treated magazine box while the rifle is in recoil. 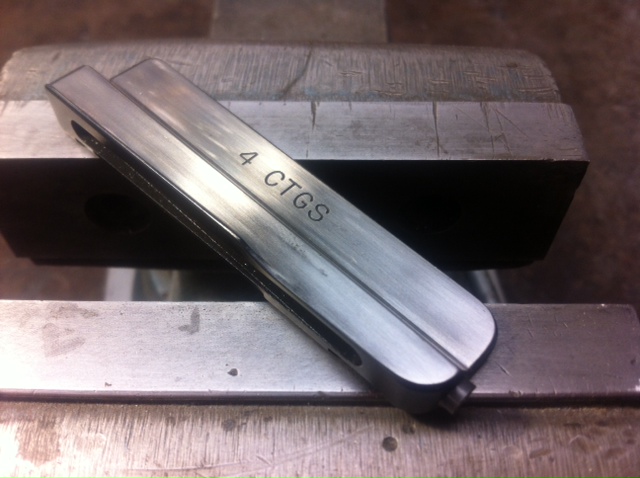 The action might be next. A threaded stub is installed in the action so it can be held in a variety of angles by the bench vise to allow me to remove the bluing from the bullet ramp. Masking tape is applied anywhere that I don't want to scuff blued steel. Being careful works 90% of time, the tape saves your ass 100% of the time. When the ramp is cleaned up any polishing residue is completely removed and only then is the barrel reinstalled. This does require some finesse. The appropriate sized aluminum bushing and one standard thickness business card will go between the bushing and barrel. Care must be taken to slide the barrel into the bushing as well as the vise without touching either the bushing or the vise or the barrel might be going back to be re-blued. As I have mentioned in earlier post I currently use a barrel vise designed and sold by Jerry A. Fisher.

With the barrel snugged tightly in the vise I then roll the action onto the barrel threads to within a single revolution of the thread extensions shoulder. If your using a in-line action wrench the wrench is slipped into the action and a 3/4" socket wrench seals the deal as the action is rotated into place with the proper inch pounds. Previously I would use an "over the action" style wrench carefully slipped over the action and a business card shim was placed between the bottom flat behind the recoil lug and the top side of the front ring on the action and then snugged into place. In this case extreme care must be taken not to bang the action with the OD style wrench.

With the barrel installed the ejector, sear, trigger and accompanying coil springs are placed in the appropriate cavities. The over travel and weight of pull are temporarily set.

The stock is now addressed. So whatever minimal work still needs to be done to the stock such as wiping the grime off the recoil pad, giving the stocks exterior two coats of Armor-All and then spinning the swivel studs in place is completed. 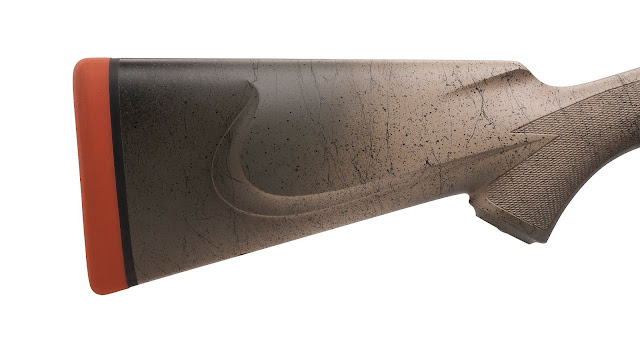 With the barreled action and magazine box being held upside down in a padded vise the stock is then positioned over the barreled and lowered into place. The floor-plate assembly and bow are returned to the stock and tightened down to the appropriate inch pounds and the magazine spring and follower installed in turn.

The rifle is now rotated 180 degrees and the scope mounts are now screwed into place using five 8x40 Torx head screws. The installation is done quickly and accurately with the appropriate diameter alignment tube. We're now ready for glass.

At this point I might install the clients scope back into the rings and take a few pics to be sent at the end of the day to allow the client to see the progress.  But for now one of two test scopes come out of the safe and get tightened into the rings as now it's time to go back to the range for a 2rd time during the rifles construction. The barrel had to have shown some accuracy potential when it was shot after the stock was installed and the scope mounts made, 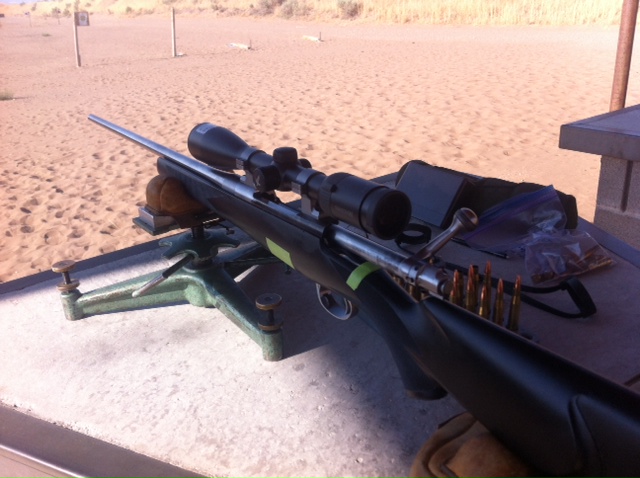 If accuracy at that stage was a bit dicey further shooting would have been required to determine if that barrel was going to stay in place or wind up a tomato stake, a rare occurrence but can happen. The clients scope is also installed to make sure it's working properly. This is the stage to catch any potential accuracy or optical issue, not after the final assembly is done. I use the test scopes to eliminate any new scopes issues right from the start by shooting the clients scope as well at this point.

This shooting is done with know accuracy hand-loads at first as I want to know what the rifle is capable of to my satisfaction. The test scopes are both fixed power one a 12X and the other a 16X. I don't want to use a scope greater than 16X especially if the client is going to using a typical 2.5-15 power scope for actual hunting. I want his groups to at least resemble mine when he receives the rifle and shoots the same ammunition. 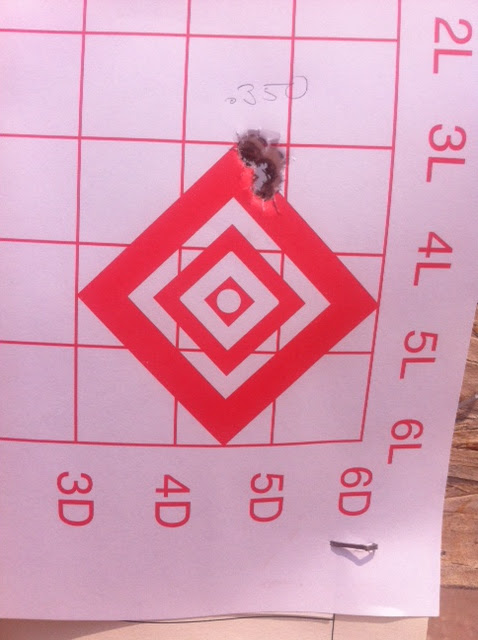 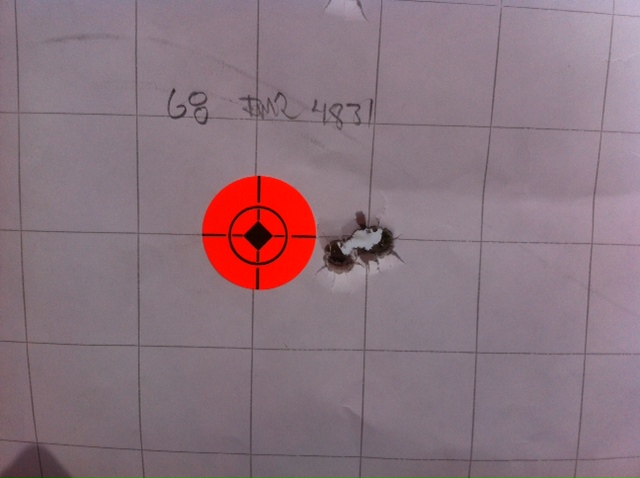 While shooting the rifle I make mental notes of any possible tweak I may need to make and there will ALWAYS BE SOME. The trigger pull may be breaking to light or to heavy, the extractor may need some adjustment. The feeding is checked with a full magazine as the rifle is fired over and over again.
Back in the shop the barreled action will come back out of the stock, adjustments made and additional hand-loads put together if necessary. 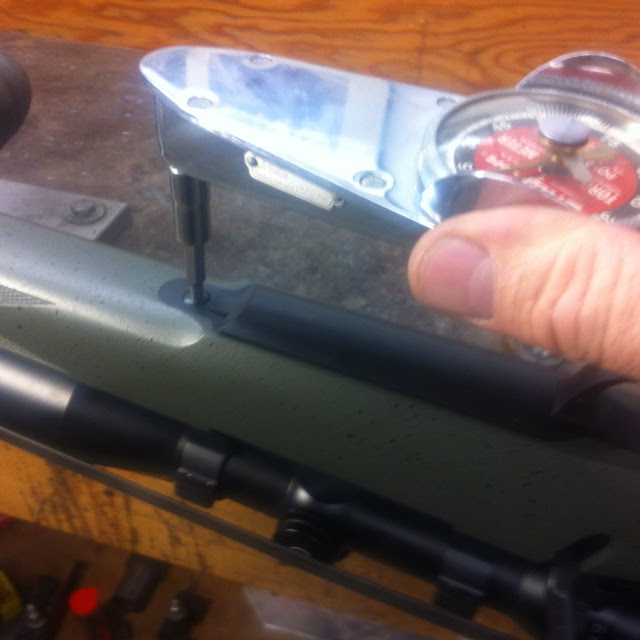 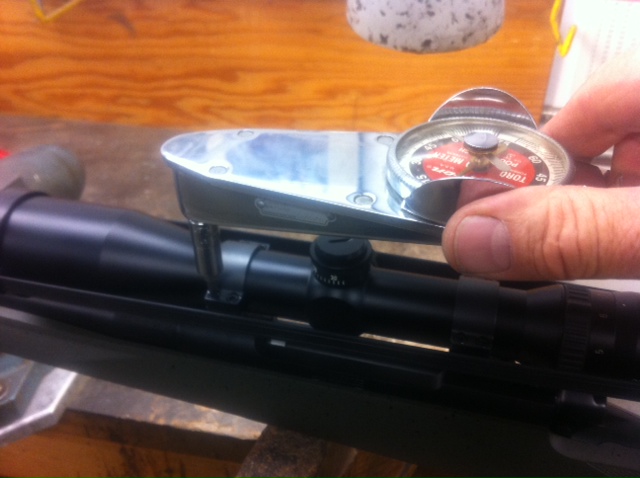 These are tried at the range a 3rd time and all the working systems that got tweaked are again reassessed. Now if the rifle is shooting to my standards with my hand-loads and the client wants to use factory ammunition its time to shoot the factory ammo. If chambered for a 30-06, 7mm Rem, 300 Win or 375 H&H a fairly good cross section of ammo can be gathered up and tested. When all is going well the barrel will shoot accurately enough for any big game hunt in the back forty or on the other side of the globe. Granted 416's don't need to shoot 3/4" groups while a 7mm or 30 caliber really should if at all possible. 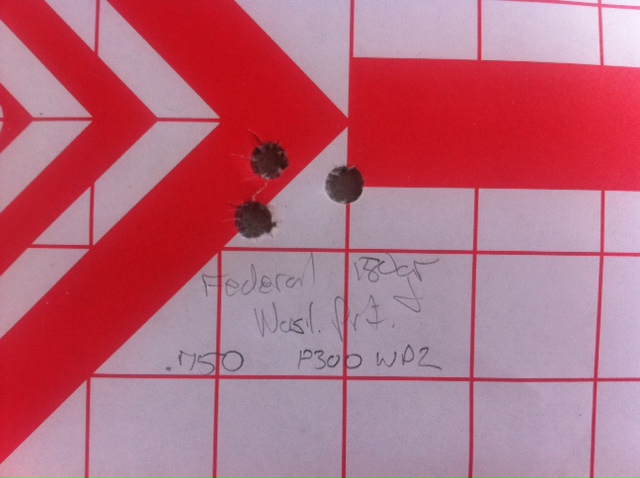 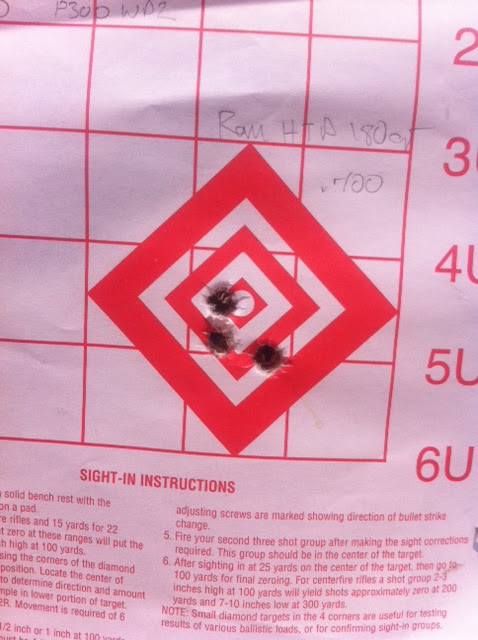 However if the rifle is chambered for a heavy caliber and doesn't like the first rounds tested then the testing can become rather expensive very quickly. Loaded with Premium bullets the cost can be as high as $150.00 per box of twenty. If that barrel doesn't like that flavor of ammo ! Well we move onto the next box that only cost us $130.00. Sooner or later we hope to find a factory load that fits the requirements. If you hope to have a solid and soft shoot into the same point of impact at 100 yards good luck chum as things might get grim before they get better.

When the accuracy standards have been established with the factory ammunition then its time to remove the test scope and install the clients scope if you have it in tow. If not your headed back to the range yet a 4th time. The clients scope is now installed and shot for effect. If the stars are aligned properly in an optical sense we're won and done. With the rifle and clients scope zeroed the bore properly cleaned one last time.

But we're not done yet, "holy crap" you say "how long are we going to drag this out ? " as long as it takes Gumby. During the final assembly you had better be sure you haven't added any new "Hammer Tracks" to the package and if so any corrections need to be made before we tie a bow on it.

Now it's got to be packaged for delivery. Not a wham bam thank you ma'm affair as I'm not at all interested in filing a damage claim with the carrier. It's got to be done right, which is why I prefer to use either a Pelican or Storm case and cut the middle sleeve for the outline of the rifle and scope. Once encased in the Pelican/Storm the case is Zip-Tied and locked, slid into a cardboard sleeve and sealed up. Pictures are taken during the final packaging in case any questions or claim questions come up due to possible damage in transit. To date this has never been an issue. Then we deal with the carrier labeling, insurance, pick up, etc. 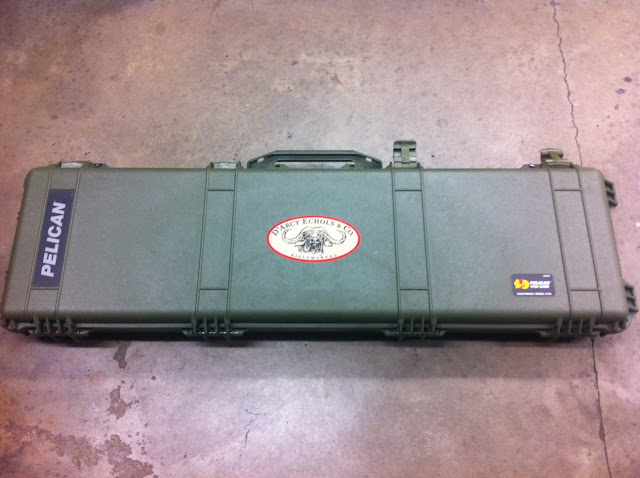 It's a happy moment when the carrier arrives, gathers up the boxed rifle and drives off into the sunset.

I am tired out already and it's only Tuesday.