Ramblings From The Field

I just received this mule deer pic from TJ and the results of his hunt this morning. He and his dad were again in New Mexico and TJ was once again putting his Legend to good use. Chambered for 300 Weatherby this rifle has been his go to firearm ever since he look delivery of it. Built in a Standard Sporter configuration it has become well traveled since its inception. The list and variety of game taken with this rifle is long and varied. 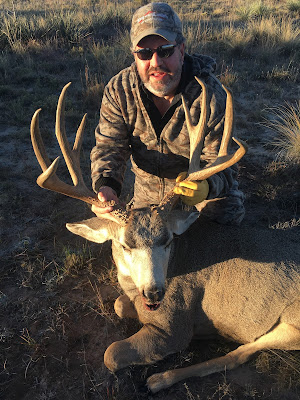 Loaded with 200 grain Nosler Partitions at 3000 fps it is hard to refute this being considered an all around cartridge and rifle combination no matter where you choose to travel. 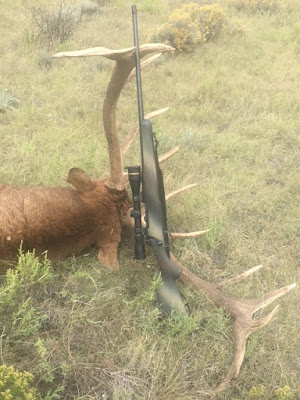 This Labrador Caribou crested a ridge a month or so ago at just the wrong time and was quickly turned into steaks and chops for the barbecue back in Michigan, what a bull TJ. 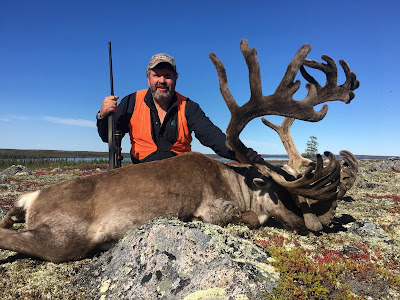 I've said it many times before, beware of the one gun man

Hulme and Athol teamed up again for Safari in Zambia with Hulme finally getting a chance to use his Classic 416 Rigby for the 1st time. Built on a highly customized 1917 Enfield with the metal work being completed by the late Tom Burgess and stock work by yours truly. Hulme was already in possession of a 375 H&H Legend when the original owner of this rifle decided to sell it. Hulme made the wise decision to pick it up. This rifle is equipped with Tom's detachable scope mounts and iron sight system and the stock is made from a true piece of old world French walnut. Being an African veteran it is good to see it back in service again. Below is an e-mail I just got from Hulme concerning the amount of prep work that he goes through to get ready for a hunt with any new rifle:

D'Arcy
Apologies for late reply, I've been hectic at work.
I don’t have any pics unfortunately. That .416 is a real classic D'Arcy. Athol and I attached the scope, went to the range and using Norma factory ammo, I fired one shot that was an inch above the bull at 50m so I made no adjustments. I fired another two shots at a target in Zambia for good measure, then the next shot was the buffalo at about 80m, on the shoulder. The end. 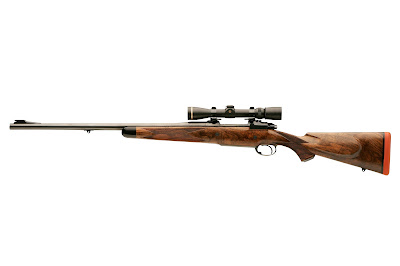 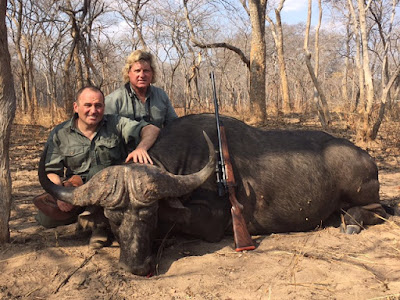 The lesson here is don't sweat the small stuff, pack the kit and go

Anders checked in from Sweden recently with a picture of a very nice Nordic Moose that he shot with a switch barrel 300-375 H&H Legend that we assembled a number of years ago. He did report however that the pair of Barnes 168gr TTSX did not work quite as planned but did indeed secure Moose meat for everybody in camp. Does a Swedish Moose dog point them or are they just used to retrieve them? Hmmm in either case those dogs deserve a lot of respect as they're working for their keep. I wonder how well they'd do on Pronghorns ? 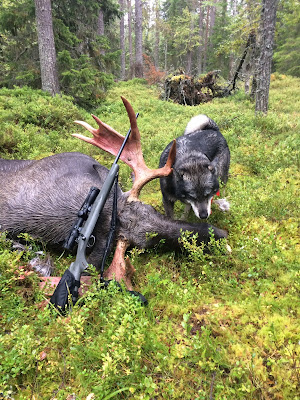 Then I finally received a grundle of pics from Annabet's South African hunt with Campbell Smith. She took two Legends on this trip, a newly completed 375 H&H to break in and her time tested 270 Winchester that I have long since dubbed the Hammer. I am convinced that if she leaned this rifle against a tree  she could go back to the truck or just take a nap wait for the sound of a gun shot and then walk back over to see what that 270 had killed, it has been that reliable. Bang thump, game over. Here are but a few. 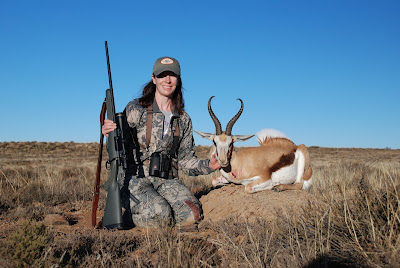 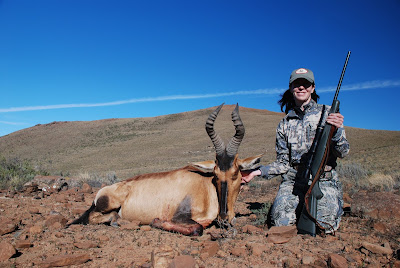 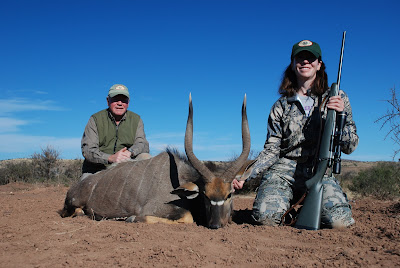 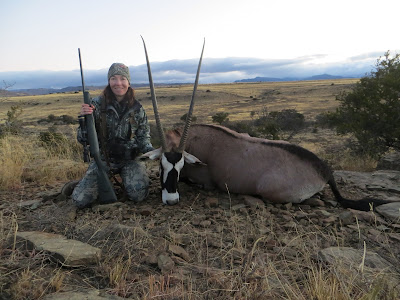 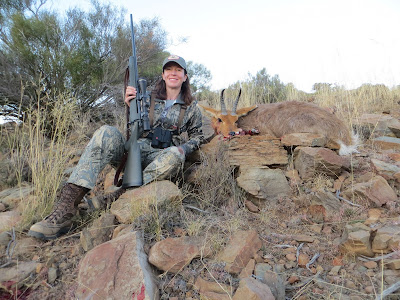 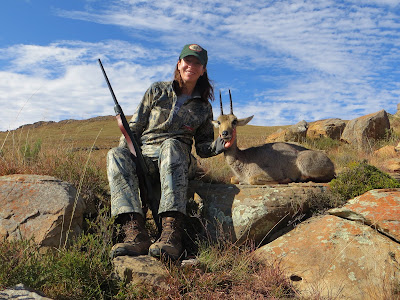