Ben Skinner just returned from the Eastern Cape of South Africa having spent the last 7 days with Professional Hunter John Oosthuizen of Hunters and Guides (hunters@huntersandguides.co.za). This was Ben's first trip overseas to hunt and like most of my clientele he went well prepared and fueled with enthusiasm. Hunters and Guides had arranged for Ben to hunt out of the Lukhanyo Lodge Reserve not far from Grahamstown. While rain hampered the first and second day of his hunt they made up for lost time for the remainder of his trip.

Ben carried a Legend he has hunted with for 15 years that is chambered for 300 Winchester Magnum and loaded with 180gr Nosler AccuBond bullets. When given the opportunity he did his best to make his shots count. He did have a few closing comments as he pulled into his driveway to reunite with his wife and kids "The trip was much more enjoyable that I had ever expected it would be, John, Chris and the team were just amazing to be with" and "the Legend as always, worked flawlessly"

The hunt was over way to soon and he left the Cape with a hat full memories and an appreciation for the hunters, trackers and game he encountered while under the Southern Cross. Congratulations Ben 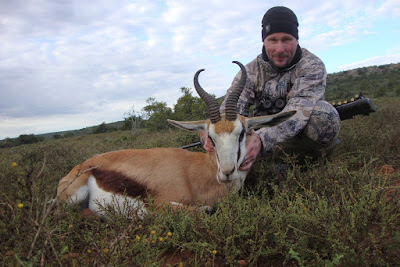 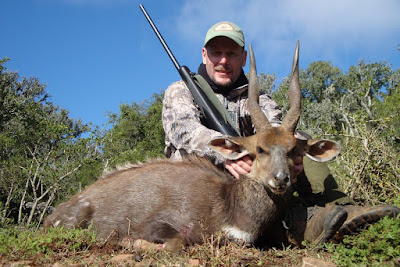 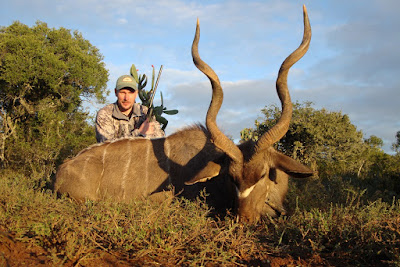