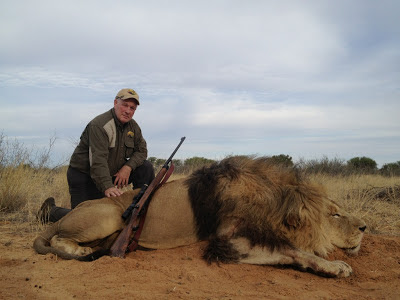 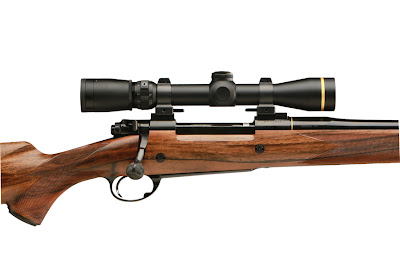 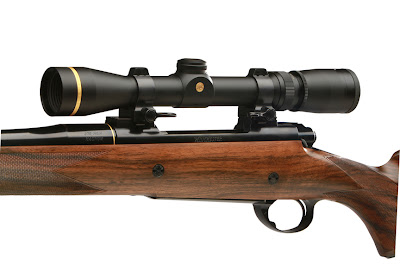 Pete Treboldi traveled to the border between South Africa and Namibia last October to hunt Lion with Somerby Safaris. On day three the Kalahari desert gave him the cat of his dreams. He used a Classic 375 H&H we assembled based on a Winchester Model 70 action. This Classic was made per our usual standards and  housed one of our peep sights within the trap grip cavity to accompany the scope. The rifle was fit with the last set of detachable mounts I had in inventory made by the late Tom Burgess. The Lion was taken with two Woodleigh 350gr round nose soft points. The rifle was also used for Eland and Eastern Kudu at some rather extended ranges. Having shot the rifle a lot Pete knew the bullet drop at these ranges and held accordingly. Pete's next destination with this 375 is the C.A.R. on a quest for Bongo.
Posted by D'Arcy Echols & Co. at 11:38 AM