If you have followed this Blog for any length of time the hunter in then pic below will be familiar. Living in the Eastern Plains of Colorado can occasionally offer deer hunting opportunities that many of us only dream about. On a frigid day last December Ann and her husband were noodling through the gullies and hills not far from home when they jumped this buck out of his bed. A single shot from just under a 100 yards stopped him just before he cleared the ridge line. This buck is another added to a long line of game taken with her Legend 270. 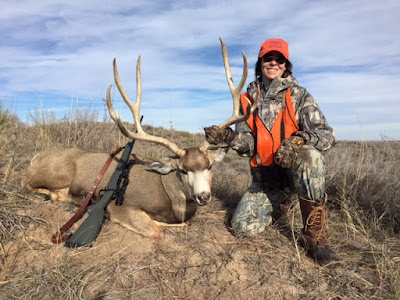 I have built only a handful of rifles for women over the years. However these few have proven to me time and time again that when given the chance they shoot just as well and often better than their male counterparts. They are not encumbered with a battery of rifles, gadgets, ego or excuses. They practice and hone their skills until they feel proficient and then make good on their efforts when the opportunity present itself. No fuss, no drama, just be ready with a skinning knife if you're along as there's a good chance you're going to need it. 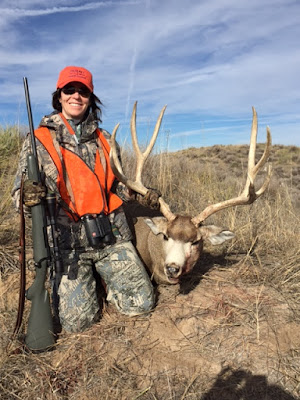