Just Over The Fence

The Utah Youth Turkey was upon us before we had time to blink this year. This would be the last year Lexi could hunt for three days without any adult competition in the woods. I began scouting a few days ahead of time and had a good idea of where I wanted to start. While scouting the National Forest I did locate a flock of birds on a contiguous piece of private property but unfortunately this property has always been off limits. Out of habit I did note the birds movements and thought I knew where they'd head to roost that evening. Maybe I could call one under the fence if the conditions were right ? Somebody else's turkey always taste better. 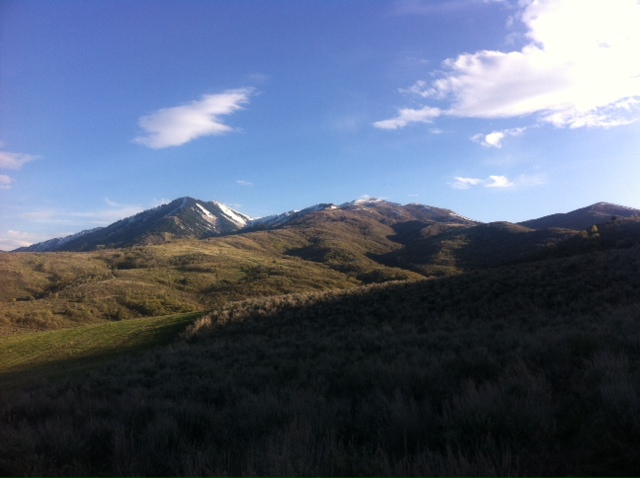 Lexi and I planned an afternoon hunt and by 3pm we were set up in the forest and soon called in our first hen. Over to our left and across another fence line two gobblers were trying their damnedest to call us down the hill in their direction. I imagined the pair of toms had a pile of hens in tow and weren't about to come any closer than they already were. These birds were also on private land so we had little option other than to call and hope. With an hour of daylight left before dark we picked up and moved slowly down the ridge line glassing the basins and ridges for birds in the National Forest hoping to see some going to roost then make a plan for early the next morning.

On our decent off the last spur ridge we spotted the same flock of birds I'd seen the night before and seeing the two gobblers Lexi asked why we weren't hunting them? I made her aware that they were on someones else's property and that the landowners family typically had tags and we were probably out of luck. She looked over towards these birds a few more times as we dropped into the valley but never said anything. As we had to drive past the land owners house on our way home I thought "what the hell it never hurts to ask" and slowly came to stop at the edge of the lawn. We both went to the door to ask for any possible access and within 5 minutes to my astonishment Lexi had permission to hunt the next day before she went to go to work.


Spend 4 hours in any turkey woods and a lot can happen, things were looking up. 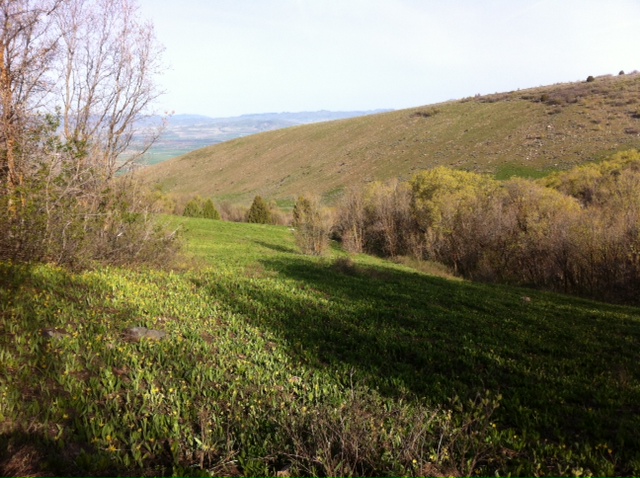 Once home I pulled up Goggle Earth to better assess the property, and selected a lone stand of willow trees to set up in. This small grove was between two larger tracks of trees and in the middle of an alfalfa field. " Dawn patrol at 4 am kid" all I heard as she headed up the stairs at 10pm was "got it dad".

By 4:45am we were walking down a gentle slope towards the willow grove. A full moon was still standing guard as we slipped under a couple fences and crossed some open ground trying to look like a pair raccoons coming home from a night on the town. Our approach to the willow trees felt pretty stealthy and we quickly and quietly began to set up, Lexi pushing aside ground litter, arranging some dead limbs into a make shift frame and rigging up the camo netting to break up our outline. I positioned 3 decoys 25 steps from the hide, looked at the front and sides of our lash-up to make sure we had adequate cover and called it good. It was as quiet as a tomb as moon slipped behind the ridge line when we finally got settled in. Lexi softly eased and locked the Federal Heavy 7 into the breech of her Model 12 and leaned the barrel onto the cross brace. The ruse was set and it was now time for patience.

Fifteen to twenty minutes went by before the first tom sent a soft gobble into the gloom followed shortly by a gobble from his wing man. It sounded as if the birds were sitting on a limb about 125 yards to our right. The oncoming daylight was getting brighter with every minute.  I felt Lexi shiver ever so slightly against my knee each time the birds opened up, I grinned to myself as I'm sure she wasn't cold. This particular scenario was pretty familiar and I knew what ever was going to happen would take place very quickly this morning. I stayed silent until we had legal shooting light then yelped softly. Branches rattled and shook as the two toms took to the air and glided down the hill to land 150 yards below us. Once on the ground the toms began to gobble softly looking uphill towards us. I purred and cut a few notes and both birds started slowly up the hill. Then I heard the other birds still on limbs uphill and behind us. What happened next is something I haven't experienced in a very long time.

Another bird launched off a limb and out of the corner of my right eye I saw it inbound, gear down and watched him glide to a rolling stop 16 steps in front of us. The red head and beard put him in immediate danger. No need to see a fan or hear him gobble, hard to hide the facts at that range. The gobblers down the hill opened up again and then the sound of flapping wings and shaking leaves filled the air behind us, within seconds it literally began raining turkeys.

Hens began landing in front us, to the left and to the right of us one after another. Some gliding in gracefully in shallow curves others careening in on crazy angles correcting flaps and breaking hard in flight when they saw they'd overshot the landing zone. Within 20 or 30 seconds we had a pile turkeys  in our laps, some only yards away. Had we not been tucked under the crown of the willow tree some may have even landed on us. Heads up and on alert trying to size up their decision as to where they'd pitched in, the group in mass took stock of their surroundings. The jake was looking intently towards the decoys contemplating his next move. A few hens began to purr and cackle, one hen eyed us suspiciously so close I could have touched her with a short broom.

When the jake first hit the ground I whispered to Lexi if she could see his beard ? I got a very faint nod. It was now her call. Wait for the other jake and the two year old tom to walk uphill or make it happen right now out in front. She must have decided that a young tender tom in the deeks is better than a longer bearded tom down the slope.

I heard the safety slide into the fire position. I shivered a little now and knew for sure it wasn't the cool morning air. The hen in our laps began to feed towards the jake and the flock began to yelp and cluck in earnest. That's when I noticed the muzzle of the 20 gauge moving at a snails pace toward the jake just beyond our boot laces. I slowly moved only my eyes looking for that one bird that would send out an alarm putt and fold our tent but they all kept feeding and calling.

The jake was still mesmerized by the deeks when the hammer fell on his head, he kicked once or twice and that was that. The sound of the shot was so startling to the rest of the flock they just stood transfixed for a second or two trying to work out what had just happened. When their vision cleared some began to putt and quickly trotted over a rise to our left while others took wing and glided into the woods below us.

Lexi and I just sat there in silence for a minute or two when I softly said "nice shot, you think he was close enough ?" she looked around at me and her eyes where the size of coffee cups. She ejected the spent shell, slid the safety on then got to her feet. "Its a good thing that doesn't happen every day" I said "or I'd be to scared to go outside on a regular basis". "No kidding dad, that was just amazing" and it was amazing how it all came together. 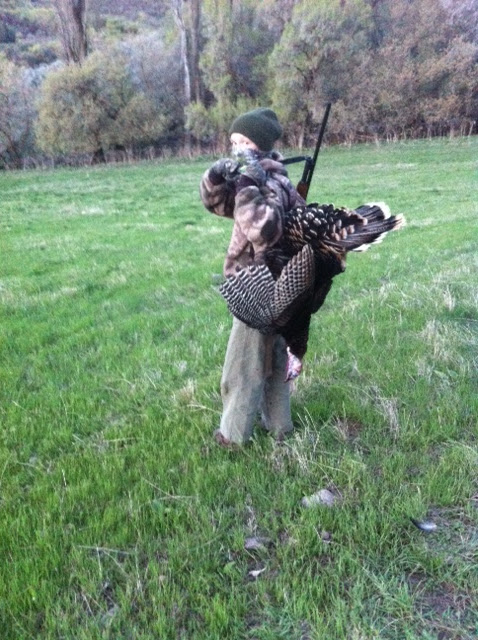 Lexi cleared the gun and admired the jake as we sat in the new alfalfa for awhile. She finally validated and tagged the bird as I gathered up our kit and returned the base of the willow to its original condition. Soon we were cutting back across the fields towards the truck discussing how the morning had unfolded, the size of the flock and the sound and sight of having that many birds in our laps. When the Dodge came into view she changed the subject to breakfast and what she thought it might need to be that morning. I even think my stomach began to rumble.

This apple hasn't fallen to far from the tree.