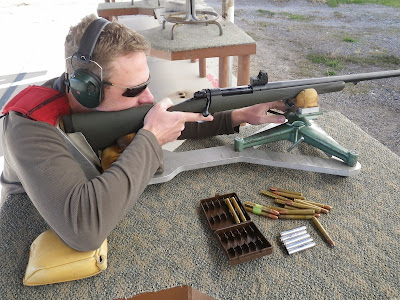 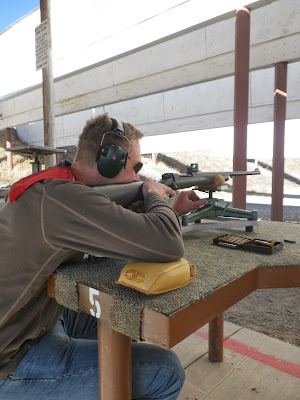 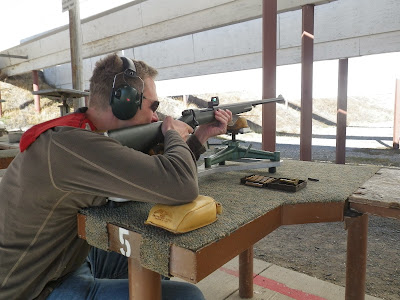 Last week I gave a Power Point Presentation to the Union Club In New York City. This presentation gave those in attendance a behind the curtain view of the construction process used to build both our Classic and Legend Rifles. My host Richard Turnure, club members, invited guest and the staff at the Union Club were most gracious and made my short stay quite memorable. This institution is steeped in history and it was an honor to be there. I have given these presentations all over the country for 20 years and find these engagements very enjoyable.

The last time I was in Manhattan was in 1979 when I applied for a position at Griffin & Howe. At the end of a two day interview I was offered a job but ultimately declined the position.

I would like to thanks those that were in attendance and hope the material covered was of interest to everyone. 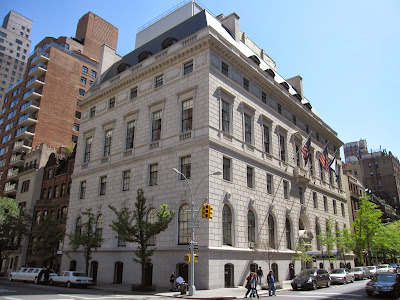 Photo credit thanks to Wikipedia

This has a been a good fall for some of our clients and friends. Lighting struck twice in Utah with LB's buck taken with Bucks and Bulls, Guides and Outfitters. LB's guide was Travis Adams and on a lease they have had for years. The buck was shot just at dark as he moved out of an Aspen patch to feed. The rifle used was made by Gene Simillion and chambered for 7mm Dakota. 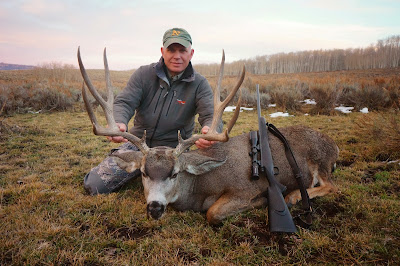 The second buck was also taken in Utah again with Bucks and Bull Guides and Outfitters by a client of ours from Sweden. Anders had purchased a management tag and was to help cull some older breeding bucks that would never be considered by a trophy hunter. I was Anders guide on this hunt and I may have over-shot the protocol on this buck as I never saw the crab clawed fourth on the main beam. I will likely being clearing trails and mending gates this summer as disciplinary action for the oversight.  Anders made the comment that he saw more game on the first 2 days of the hunt than he might see in 2 years of hunting in Sweden. His shot was taken at 330 yards with a Legend 300 H&H Standard Sporter. 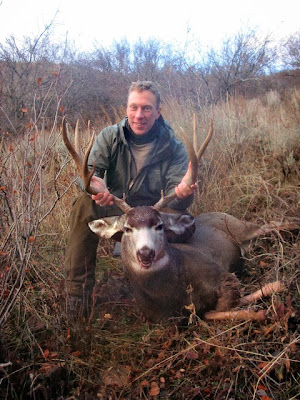 .This third buck was taken in Alberta by Chuck Nelson on a self guided hunt. Chuck said he past up 97 or 98 bucks before he had to be talked into shooting this bruiser, talked into? This buck was taken with a Left Handed 7mm Mashburn just shy of 300 yards. Chuck assembled the Mashburn with a LH Legend Stock and the help of some better than average Gun-Smithing talent in Canada. 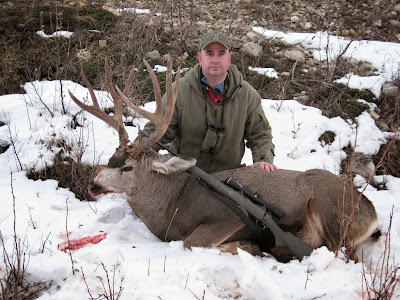