My daughter and I went to the range this afternoon. The weather was perfect and the afternoon sun felt good. Even though we made an effort to do a lot more upland hunting this last season Lexi hadn't been to the rifle range since before Christmas. So today I gathered up a handful of gun cases and locked the shop behind me.

Recently Lexi had been kindly given a Winchester 52C Silhouette Rifle by the first paying client I ever had. Decked out in a loud Green McMillan off-hand stock, sporting a target barrel and barrel tuner it visually gets your attention, sort of like seeing a blue elephant at a stop light. This rifle was assembled by an old friend, Walt Predovich (sadly deceased) a gunsmithing class mate of mine.  There is a sentimental thread to all of this. As requested, Wally had modified this repeater into a single shot, barreled, and stocked it for the owner. It has been a veritable hammer in his capable hands on steel pigs, chickens and rams ever since its conception.

Lexi sat down and fed the rifle a few German SK Match rounds to confirm the rifle's approximate zero and to get a feel for the old Canjar match trigger. Then she settled in behind the butt and sent 5 rounds down range. Needless to say this barrel is still a drill. This rifle has become an instant favorite. 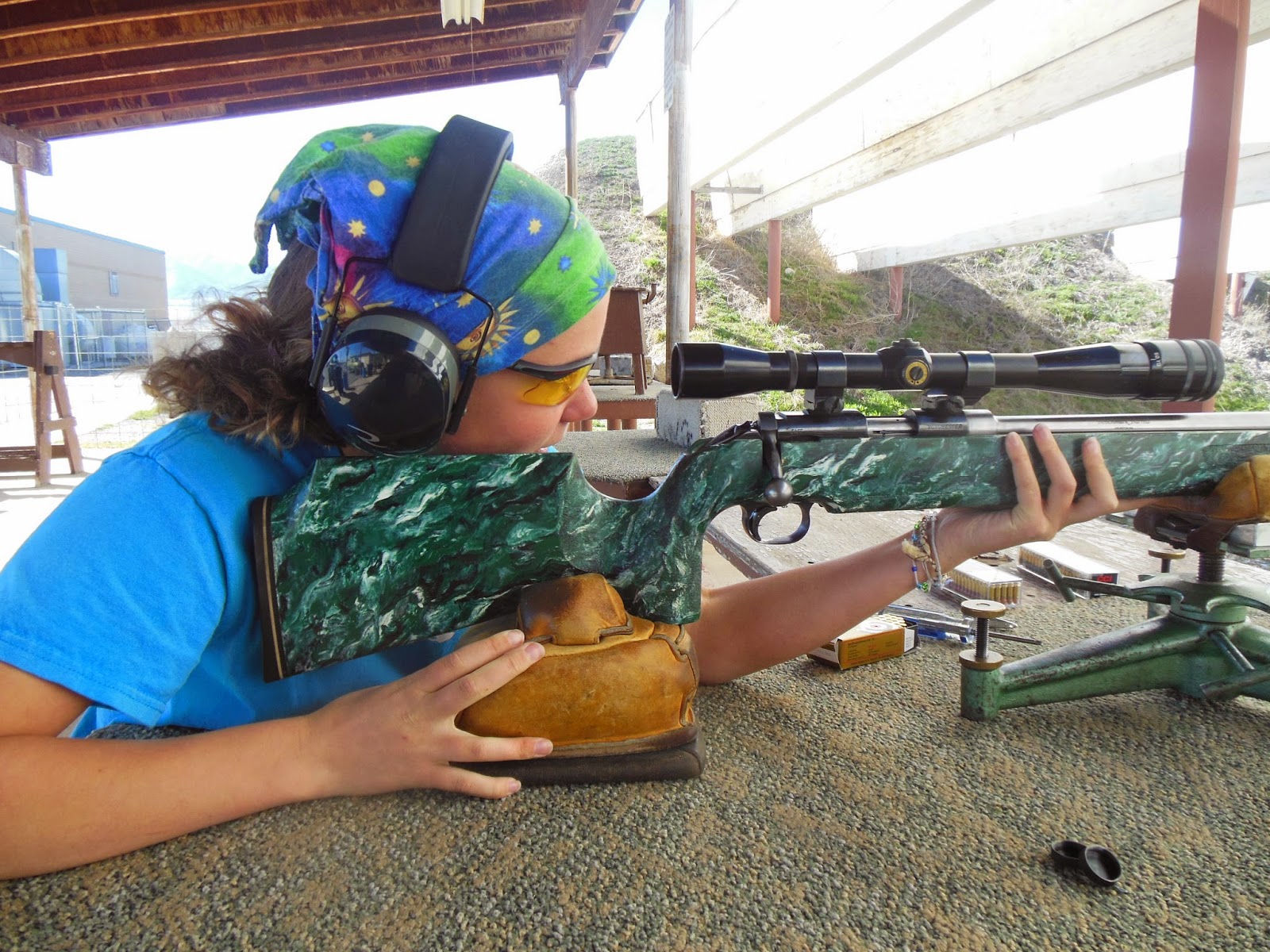 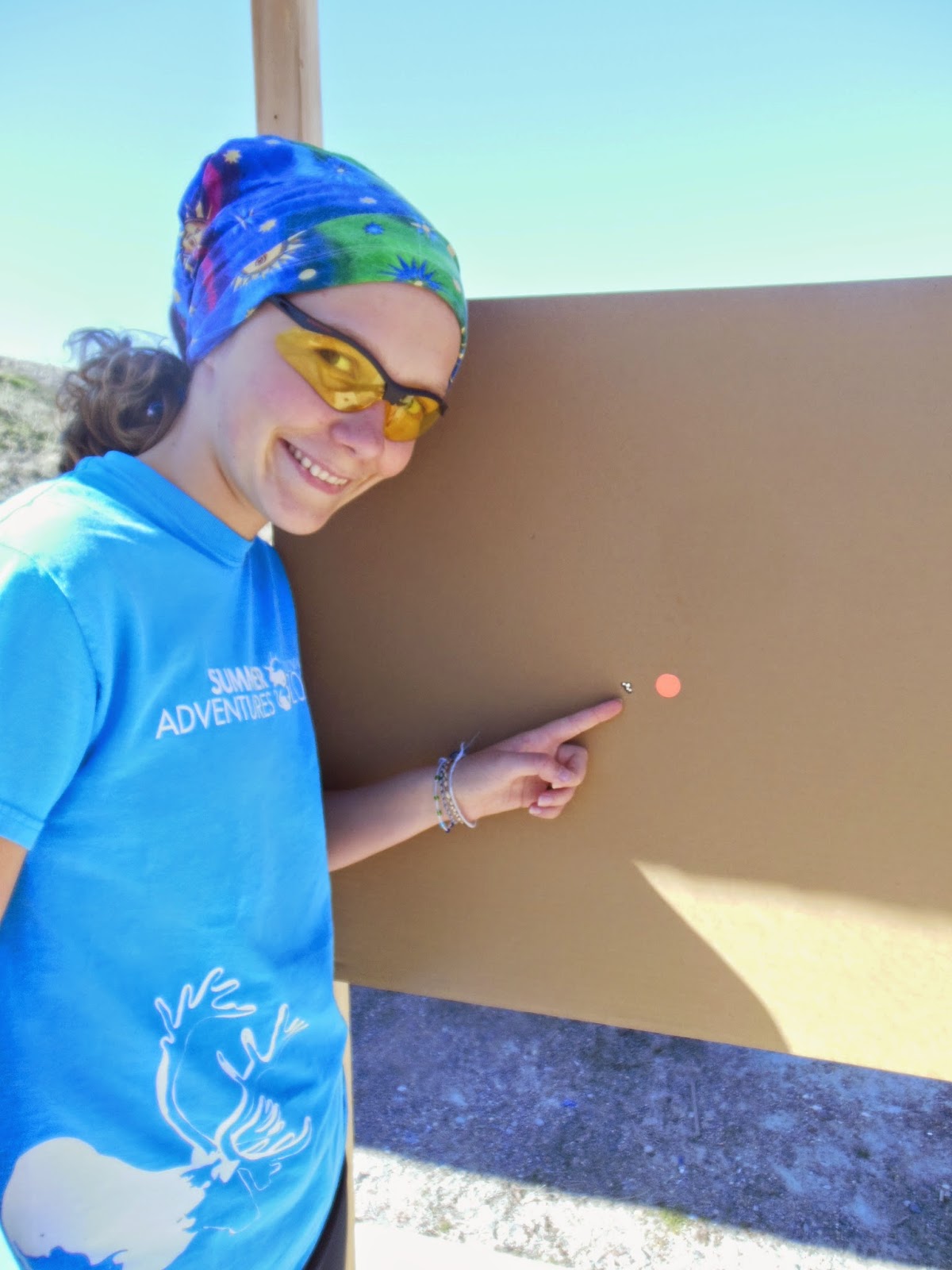 The next rifle out of the case was a beautiful M2 Springfield with the metal work assembled by the late Tom Burgess, then stocked and finished by Jerry Fisher about 12 years ago. The owner of the rifle apparently never could decide on what to use for the front sight until last year. I was then pulled into the picture to doctor up and install a Lyman Globe sight to blend with the efforts done by my mentors. This M2 came dressed in a Huey Case, equipped with a scope, a Lyman 48 and all the other finery you could possibly want. As the owner will retrieve it soon I wanted Lexi to have a chance to shoot it before it left. She was at a slight disadvantage as the owner has yet to supply any inserts for the front globe sight. So she just held the round bull in the center of the empty front globe and in turn centered the globe into the center of the Lyman 48 aperture. To date she had never shot any type of peep sight and following my half baked instructions sent 10 rounds into the bull. 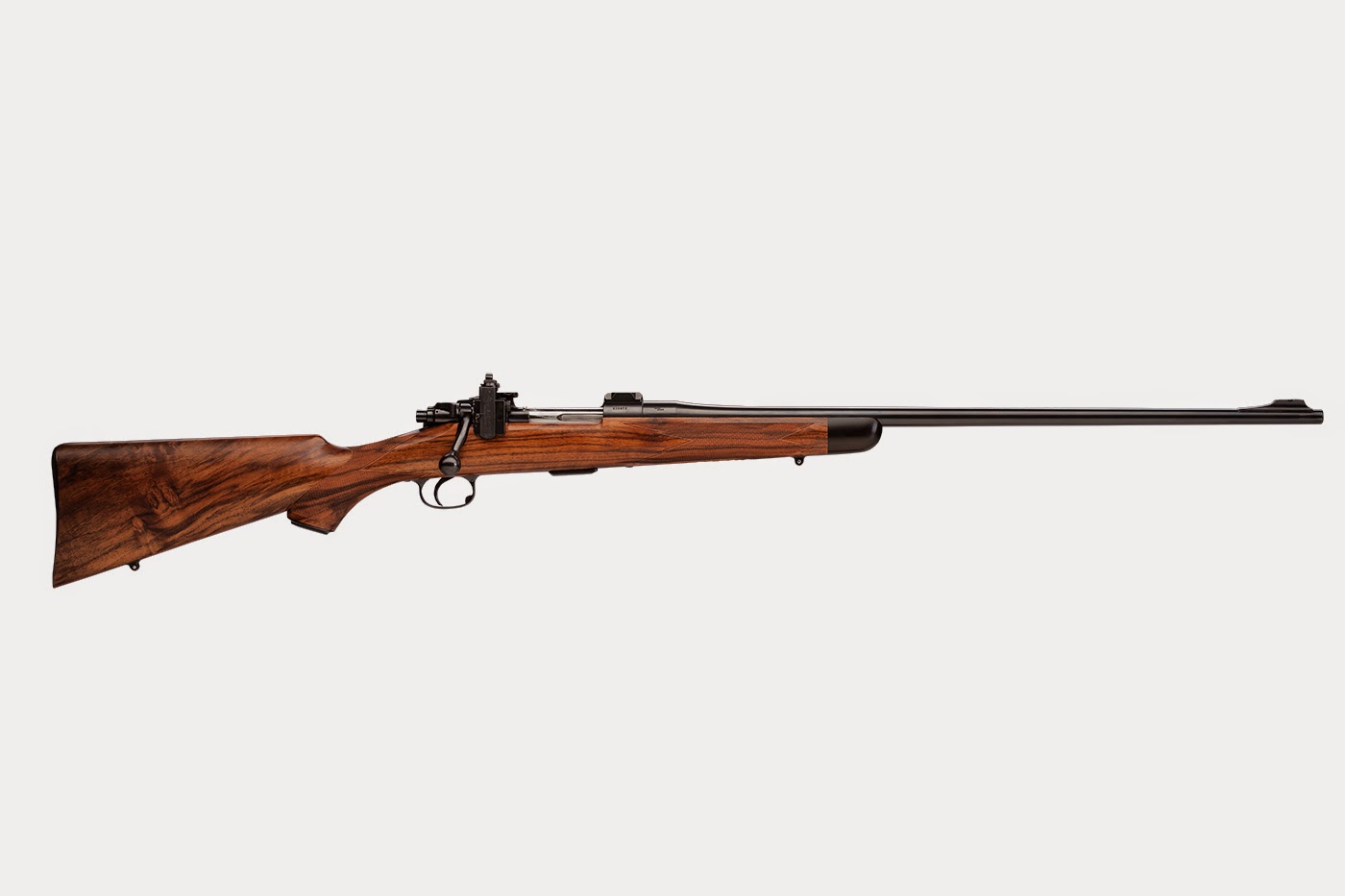 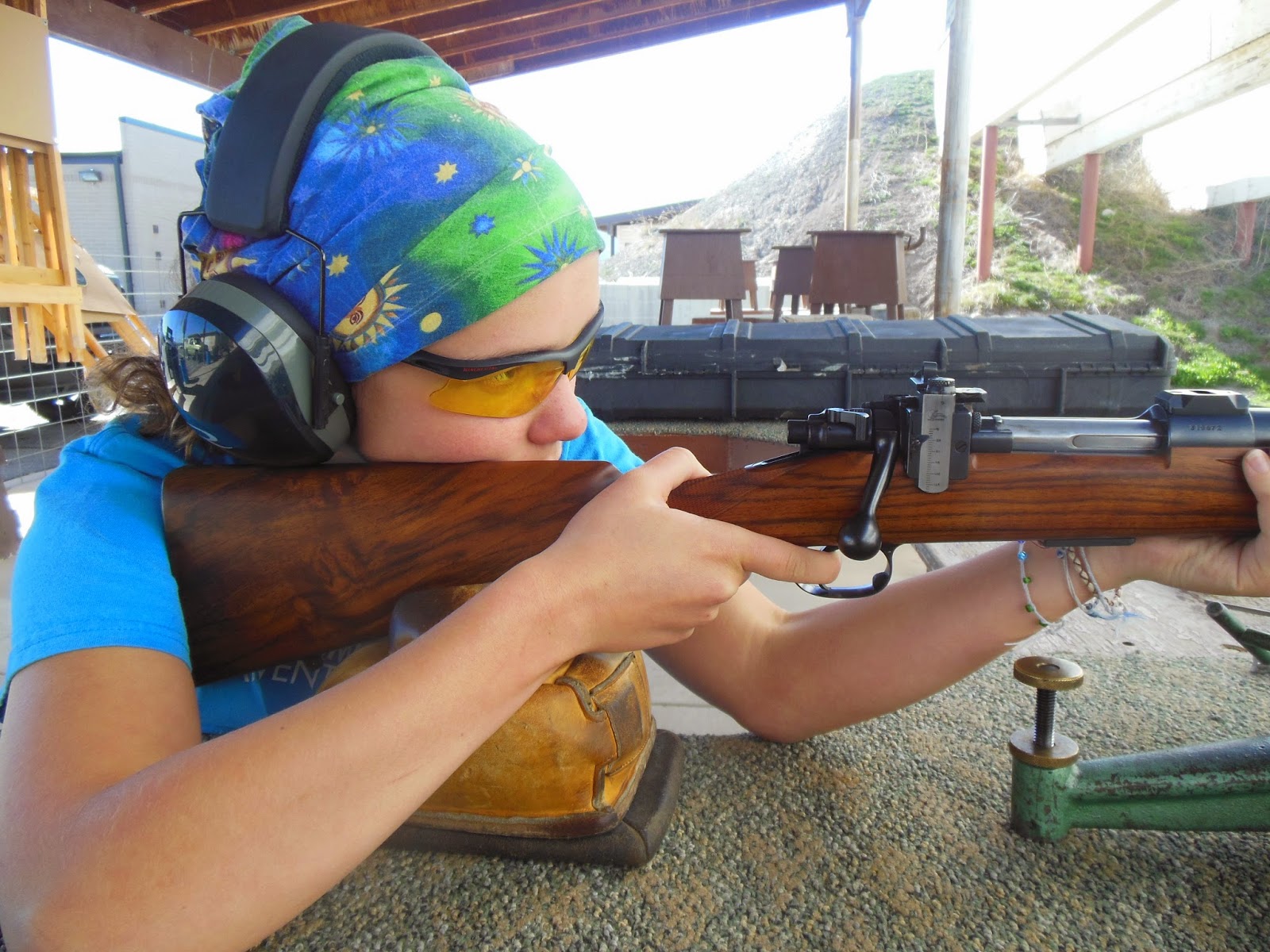 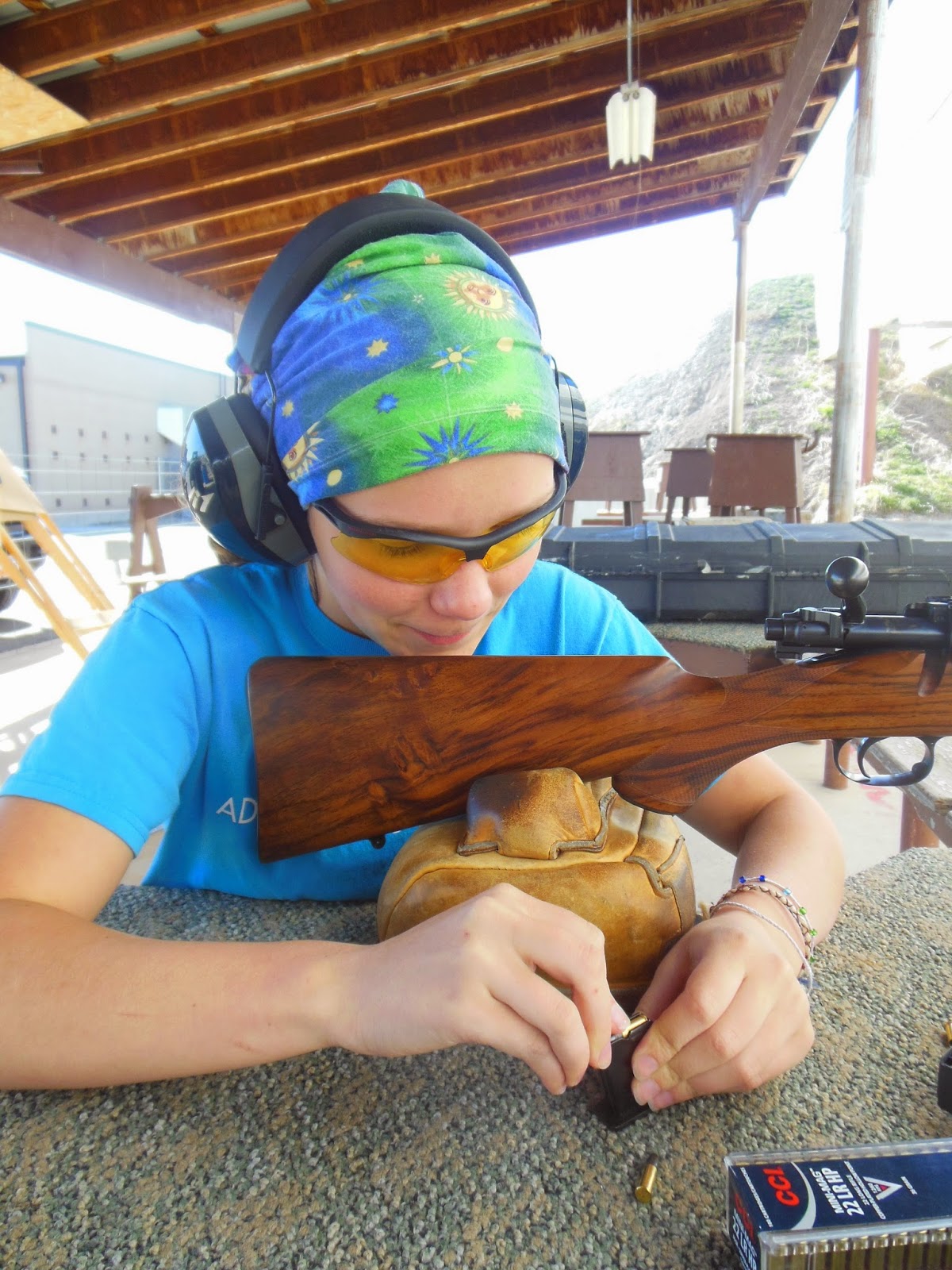 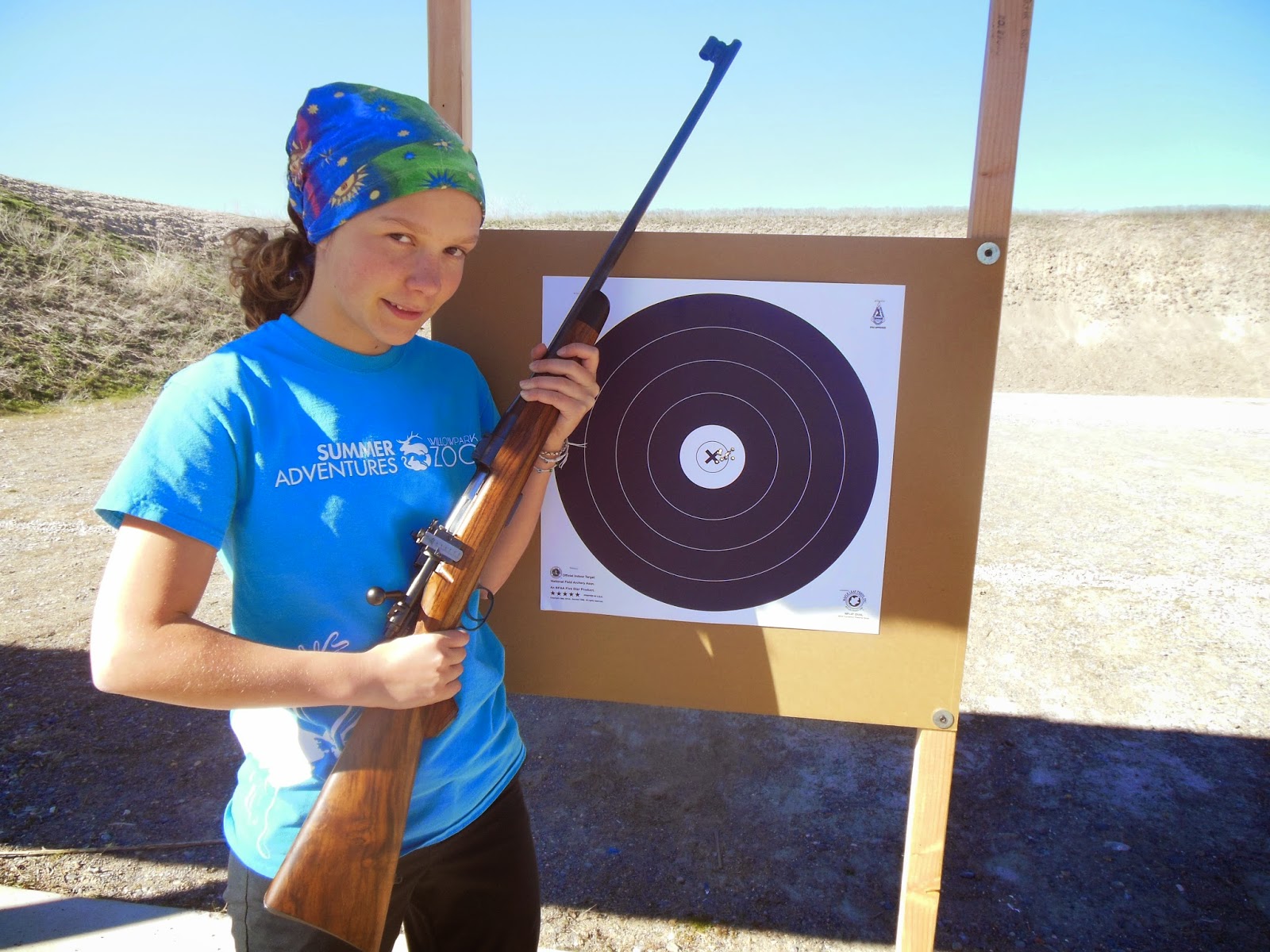 This M2 is the epitome of functional elegance and a superb example of gun-making talent at its finest.

Last but not forgotten she finally set her 40XBR on the bags, got everything like she wanted and fired 2 rounds into the target at 100 yards. Both holes cutting the 12 O Clock position and 5" above the 1/2" orange dot. It was then she remembered she had zeroed this rifle for 300 yards last fall and was using it to dust clay pigeons before her Antelope hunt. 20 clicks of adjustment placed the next group into the orange dot which promptly disappeared. Satisfied with the afternoon we gathered our kit and headed in for dinner. I never fired a round. 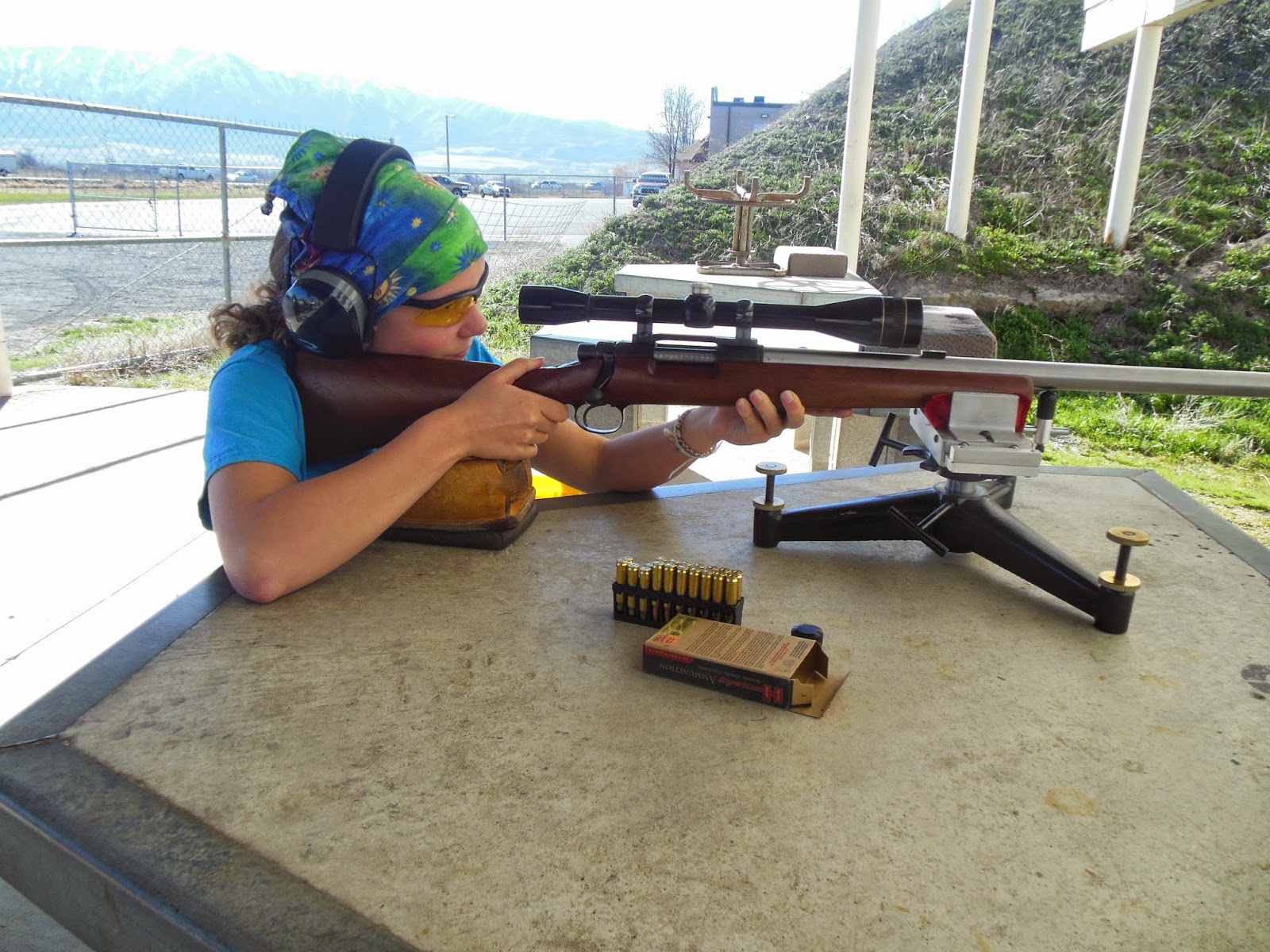 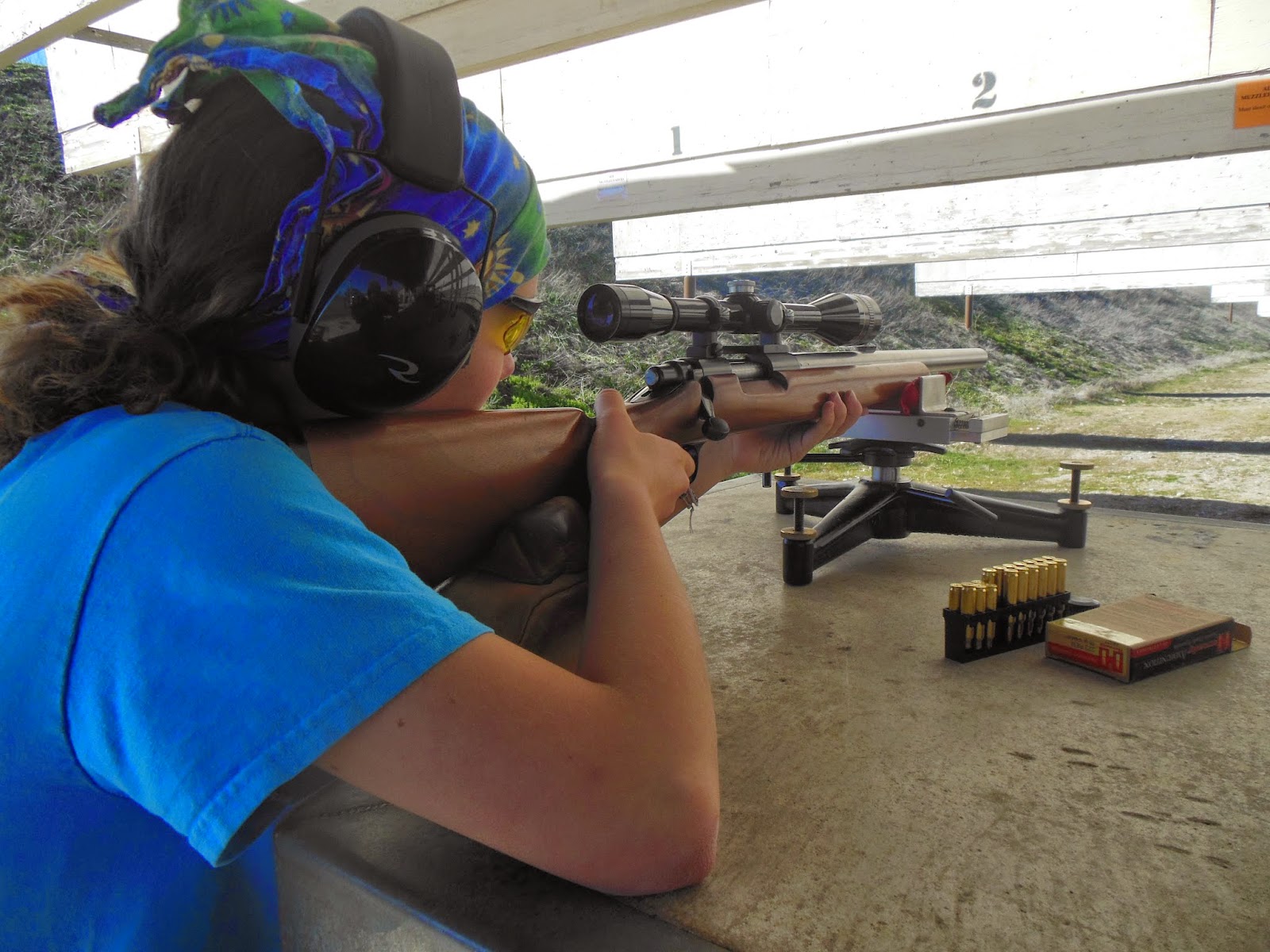